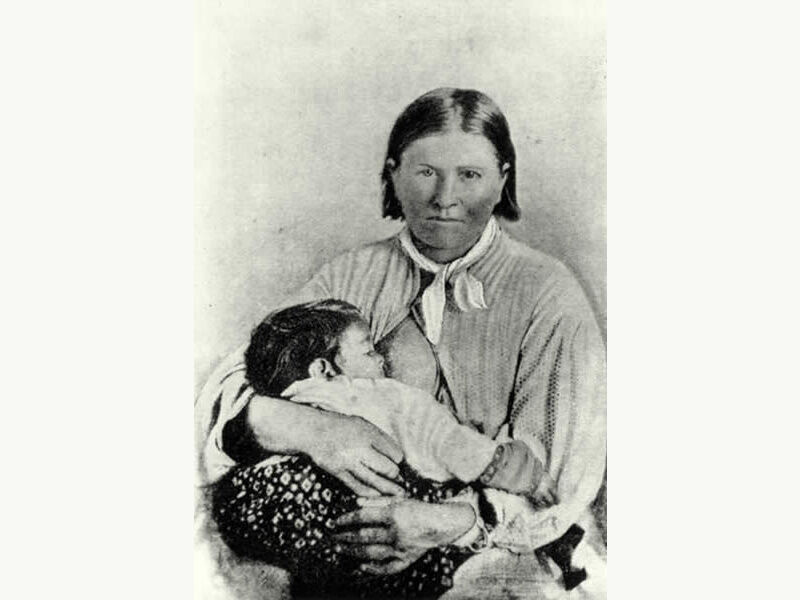 Cynthia Ann Parker and her infant daughter Prairie Flower after they were abducted and brought back to live with family in Anderson County. 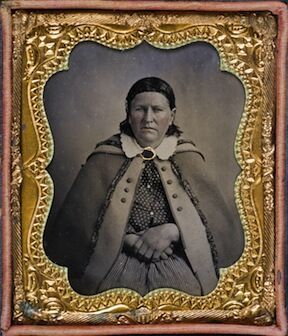 A portrait of Cynthia Ann Parker in her later years in Anderson County.

The story of the girl kidnapped by Comanche warriors and who lived as a member of the tribe for two decades continues to captivate the public's imagination.

On May 19, 1836, a large force of Comanche warriors accompanied by Kiowa and Kichai allies attacked Fort Parker in Limestone County, east of Waco, killing several inhabitants. During the raid the Comanches seized five captives, including Cynthia Ann, age 10.

The girl grew up with the Comanche tribe and later married Chief Peta Nocona. Cynthia Ann gave birth to two sons and a daughter, including Quanah Parker, who later became the most consequential Comanche leader of his time. Cynthia Ann's Comanche name was Naduah, which means "someone found."

After the raid, the remaining members of the Parker clan moved to Fort Sam Houston in Anderson County.

In 1860 Texas Rangers and federal soldiers abducted her against her will during an attack on a Comanche encampment in north Texas. The rangers returned her to Fort Houston and the family she no longer remembered. She tried to escape with her daughter Prairie Flower many times but lived the rest of her life in Anderson County.

Cynthia Ann died in March 1871 and was buried there, but Quanah Parker had her remains removed to Comanche territory in Oklahoma. After Quanah's death, both were reinterred at Fort Sill in Oklahoma.

Cynthia Ann Parker is now considered the most famous captive of Native Americans in American history. Her story is the subject of many books and has inspired various characters in works of fiction and film, from "The Searchers," starring John Wayne and Natalie Wood, to "Dances With Wolves," starring Kevin Costner.