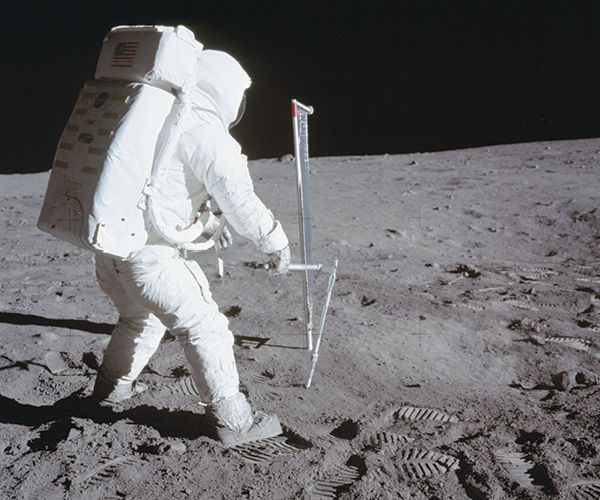 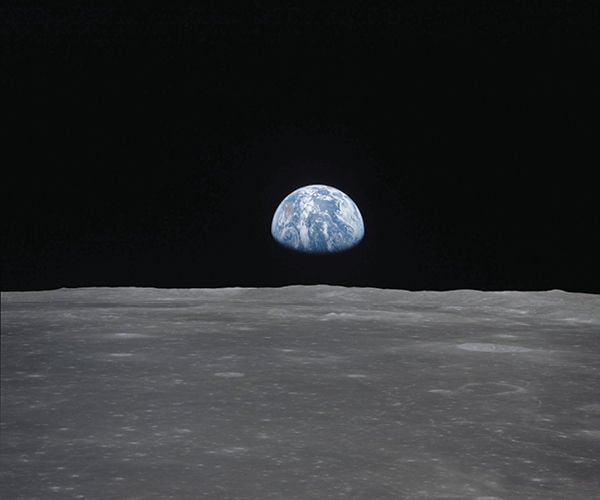 In celebration of the 50th Anniversary of the Apollo 11 moon landing, the Center for Earth & Space Science Education at Tyler Junior College is hosting Moon Day from 11 a.m. to 4 p.m. July 20.

On July 20, 1969, America’s Apollo 11 landed on the moon, making history as the first humans set foot on another world.

This family-friendly event includes exhibitors, planetarium shows, model rocket building class, children’s book reading with autographs from the author, space science and engineering lectures for adults, and more. All day tickets are $5 for adults and $3 for children and seniors.  The center is located at 1411 E. Lake Street. Call (903) 510-2312 and visit sciencecenter.tjc.edu for more information.

The photo on the left is a view from the Apollo 11 spacecraft showing the Earth rising above the moon’s horizon. The lunar terrain pictured is in the area of Smyth’s Sea on the nearside. While astronauts Neil A. Armstrong, commander, and Edwin E. Aldrin Jr., lunar module pilot, descended in the Lunar Module (LM) "Eagle" to explore the Sea of Tranquility region of the moon, astronaut Michael Collins, command module pilot, remained with the Command and Service Modules (CSM) "Columbia" in lunar orbit.

Photo on the right shows Astronaut Edwin E. Aldrin Jr., lunar module pilot, during the Apollo 11 extravehicular activity (EVA) on the moon. He is driving one of two core tubes into the lunar soil. Astronaut Neil A. Armstrong, commander, took this picture with a 70mm lunar surface camera.

Get your magazine delivered straight to your home and digital device.