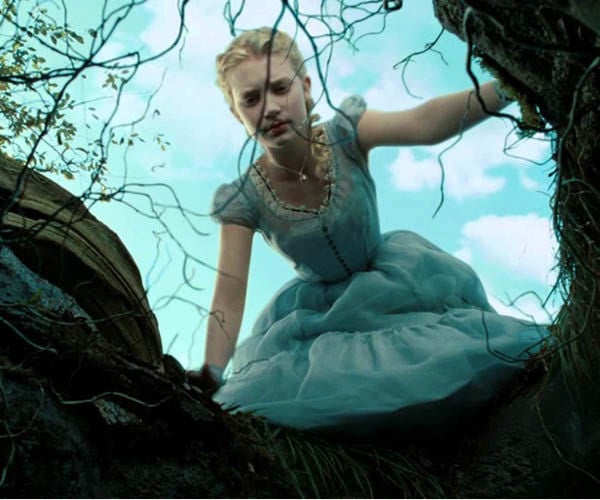 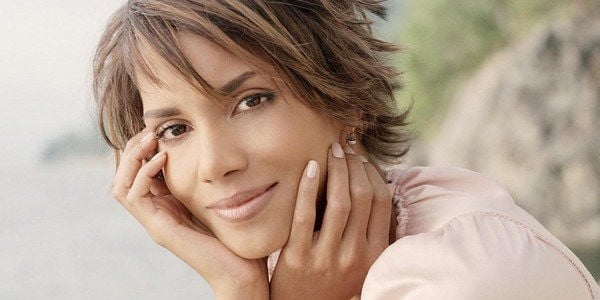 A plethora of new movies release this summer so there should be something to satisfy everyone’s tastes. Two are rooted in very different Civil War themes than movies of old with Free State of Jones based on a true story of deserters that opposed slavery, and Captain America: Civil War that follows Marvel’s comic books storyline.

For those that thrive on drama, there’s Money Monster with George Clooney and Julia Roberts while Mila Kunis, Christina Applegate, and Kristen Bell keep the comedy flowing in Bad Moms.

Here's a more complete list of movies releasing this summer in order of release date. ​

The vacation of a famous rock star and a filmmaker is disrupted by the unexpected visit of an old friend and his daughter.

A mother stops at nothing to recover her kidnapped son.

A family returns from a Grand Canyon vacation with a supernatural presence in tow.

Find out why the birds are so angry. When an island populated by happy, flightless birds is visited by mysterious green piggies, it's up to three unlikely outcasts - Red, Chuck and Bomb - to figure out what the pigs are up to.

After a sorority moves in next door, which is even more debaucherous than the fraternity before it, Mac and Kelly have to ask for help from their former enemy, Teddy.

Alice Through the Looking Glass

Alice returns to the whimsical world of Wonderland and travels back in time to save the Mad Hatter.

With the emergence of the world's first mutant, Apocalypse, the X-Men must unite to defeat his extinction level plan.

A girl in a small town forms an unlikely bond with a recently-paralyzed man she's taking care of.

Teenage Mutant Ninja Turtles: Out of the Shadows

The Turtles return to save the city from a dangerous threat.

When his new album fails to sell records, pop/rap superstar conner4real goes into a major tailspin and watches his celebrity high life begin to collapse. He'll try anything to bounce back, anything except reuniting with his old rap group The Style Boyz.

The peaceful realm of Azeroth stands on the brink of war as its civilization faces a fearsome race of invaders: orc warriors fleeing their dying home to colonize another. As a portal opens to connect the two worlds, one army faces destruction and the other faces extinction. From opposing sides, two heroes are set on a collision course that will decide the fate of their family, their people, and their home.

One year after outwitting the FBI and winning the public's adulation with their Robin Hood-style magic spectacles, The Four Horsemen resurface for a comeback performance in hopes of exposing the unethical practices of a tech magnate. The man behind their vanishing act is none other than Walter Mabry, a tech prodigy who threatens the Horsemen into pulling off their most impossible heist yet. Their only hope is to perform one last unprecedented stunt to clear their names and reveal the mastermind behind it all.

After he reunites with an old pal through Facebook, a mild-mannered accountant is lured into the world of international espionage.

Two decades after the first Independence Day invasion, Earth is faced with a new extra-Solar threat. But will mankind's new space defenses be enough?

The friendly-but-forgetful blue tang fish reunites with her loved ones, and everyone learns a few things about the real meaning of family along the way.

As civil war divides the nation, a poor farmer from Mississippi leads a group of rebels against the Confederate army.

When Nancy (Blake Lively) is attacked by a great white shark while surfing alone, she is stranded just a short distance from shore. Though she is only 200 yards from her survival, getting there proves the ultimate contest of wills.

A girl named Sophie encounters the Big Friendly Giant who, despite his intimidating appearance, turns out to be a kindhearted soul who is considered an outcast by the other giants because unlike his peers refuses to eat boys and girls.

The Legend of Tarzan

Tarzan, having acclimated to life in London, is called back to his former home in the jungle to investigate the activities at a mining encampment.

The USS Enterprise crew, led by Captain James T. Kirk (Chris Pine), has been attacked by a powerful, unstoppable wave of unknown aliens, leaving the crew stranded on a new planet where they find themselves in conflict with a new ruthless enemy.

The Secret Life of Pets

Taking place in a Manhattan apartment building, Max's life as a favorite pet is turned upside down, when his owner brings home a sloppy mongrel named Duke. They have to put their quarrels behind when they find out that an adorable white bunny named Snowball is building an army of abandoned pets determined to take revenge on all happy-owned pets and their owners.

Erin Gilbert (Kristen Wiig) and Abby Yates (Melissa McCarthy) are a pair of unheralded authors who write a book positing that ghosts are real. A few years later, Gilbert lands a prestigious teaching position at Columbia University, but her book resurfaces and she is laughed out of academia. When ghosts invade Manhattan, Gilbert reunites with Yates, teaming up with a nuclear engineer, Jillian Holtzmann (Kate McKinnon), and a subway worker, Patty Tolan (Leslie Jones), to save the world from a mysterious evil and powerful demon known as Rowan (Neil Casey) who can exercise control over human forms.

Scrat's epic pursuit of his elusive acorn catapults him outside of Earth, where he accidentally sets off a series of cosmic events that transform and threaten the planet. To save themselves from peril, Manny, Sid, Diego, and the rest of the herd leave their home and embark on a quest full of thrills and spills, highs and lows, laughter and adventure while traveling to exotic new lands and encountering a host of colorful new characters as well as a new enemy who is a brother to one of their old foes.

Several years after his disappearance at the conclusion of The Bourne Ultimatum, Jason Bourne unexpectedly resurfaces at a time when the world is faced with unprecedented instability.

A woman with a seemingly perfect life - a great marriage, overachieving kids, beautiful home, stunning looks and still holding down a career. However she's over-worked, over committed and exhausted to the point that she's about to snap. Fed up, she joins forces with two other over-stressed moms and all go on a quest to liberate themselves from conventional responsibilities, going on a wild un-mom like binge of freedom, fun and self-indulgence - putting them on a collision course with PTA Queen Bee Gwendolyn and her clique of devoted perfect moms.

A chronicle of Max Perkins's time as the book editor at Scribner, where he oversaw works by Thomas Wolfe, Ernest Hemingway, F. Scott Fitzgerald and others.

A stuffy businessman finds himself trapped inside the body of his family's cat.

A falsely accused Jewish nobleman survives years of slavery to take vengeance on his Roman best friend, who betrayed him.

A sci-fi/thriller story centered on a special-ops team that is dispatched to fight supernatural beings.

The adventure of an orphaned boy named Pete and his best friend Elliott, who just so happens to be a dragon.

Kubo and the Two Strings

Kubo lives a quiet, normal life in a small shoreside village until a spirit from the past turns his life upside down by re-igniting an age-old vendetta. This causes all sorts of havoc as gods and monsters chase Kubo who, in order to survive, must locate a magical suit of armor once worn by his late father, a legendary Samurai warrior.

The Space Between Us

A young man raised by scientists on Mars returns to Earth to find his father.

The true story of two young men, David Packouz and Efraim Diveroli, who won a $300 million contract from the Pentagon to arm America's allies in Afghanistan.

Arthur Bishop thought he had put his murderous past behind him when his most formidable foe kidnaps the love of his life. Now he is forced to travel the globe to complete three impossible assassinations, and do what he does best, make them look like accidents.

The Light Between Oceans

A lighthouse keeper and his wife living off the coast of Western Australia raise a baby they rescue from an adrift rowboat.

After an unprecedented global pandemic has turned the majority of humankind into violent "Infected," a man gifted with the ability to speak the Infected's new language leads the last survivors on a hunt for Patient Zero and a cure.

A psychic works with the FBI in order to hunt down a serial killer.

On January 15, 2009, the world witnessed the "Miracle on the Hudson" when Captain "Sully" Sullenberger (Tom Hanks) glided his disabled plane onto the frigid waters of the Hudson River, saving the lives of all 155 aboard. However, even as Sully was being heralded by the public and the media for his unprecedented feat of aviation skill, an investigation was unfolding that threatened to destroy his reputation and his career.

On a tiny exotic island, Tuesday, an outgoing parrot lives with his quirky animal friends in paradise. However, Tuesday can't stop dreaming about discovering the world. After a violent storm, Tuesday and his friends wake up to find a strange creature on the beach: Robinson Crusoe. Tuesday immediately views Crusoe as his ticket off the island to explore new lands. Likewise, Crusoe soon realizes that the key to surviving on the island is through the help of Tuesday and the other animals. It isn't always easy at first, as the animals don't speak "human." Slowly but surely, they all start living together in harmony, until one day, when their comfortable life is overturned by two savage cats, who wish to take control of the island. A battle ensues between the cats and the group of friends but Crusoe and the animals soon discover the true power of friendship up against all odds (even savage cats).

When the Bough Breaks

A surrogate mom for a couple becomes dangerously obsessed with the soon-to-be father.

The continuing adventures of British publishing executive Bridget Jones as she enters her 40s.

A high school senior finds herself immersed in an online game of truth or dare, where her every move starts to become manipulated by an anonymous community of "watchers."