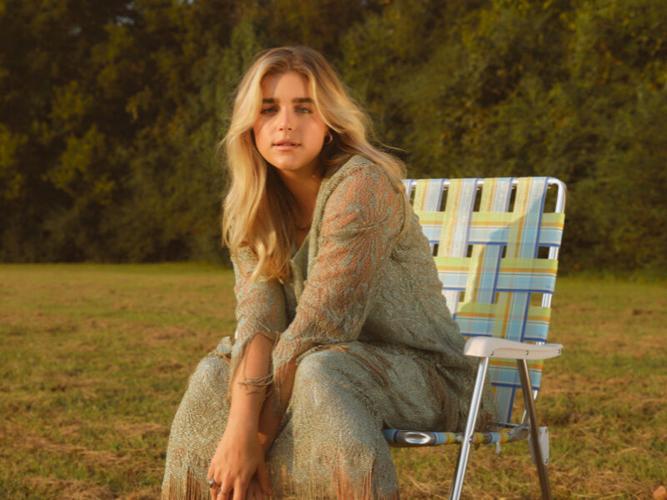 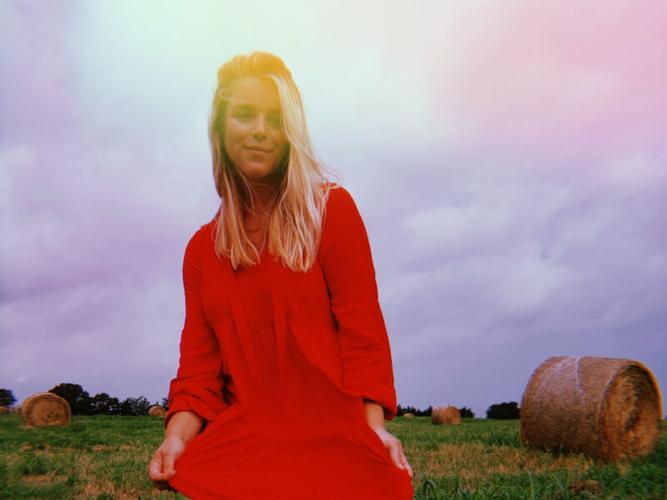 Along the shores of Lake Cypress Springs near Winnsboro, Texas, 19-year-old singer-songwriter Alex McArtor spent much of 2020 enjoying relaxing walks by the water, campfires, and the good feelings that come with escaping to life in the country.

McArtor and her family usually live in Dallas but when the pandemic began, they packed up and moved to their lake house. In that inspiring environment, she invited fellow songwriter Henry Brill (Maddie Medley, Phantogram, Jack Garratt) and producer/songwriter Owen Lewis (Willie Nelson, Mavis Staples, Lady Gaga) to join her in September and the three of them wrote six songs together forming her newest EP, Welcome to the Wasteland, that released a few weeks ago.

Like two other Upper East Side of Texas performers, Miranda Lambert and Kacey Musgraves, McArtor started writing at an early age.

“I started writing when I was in middle school,” she says. “I started producing music when I was in eighth grade and through high school. I would take my music and go record it. I play guitar and piano. Mostly I just love words. That’s where my interest lies.”

She’s produced two EPs before Wasteland, one is Spoken Word and another, Heart Talk. There’s a maturity heard in her songs you don’t expect from a teenager. The influencers are there: pop, alternative, and the eerie, nostalgic feel one would expect from a David Lynch fan. Some of her work could easily be soundtracks for his famous TV show “Twin Peaks.”

Welcome to the Wasteland holds that same vibe, a bit hard to describe, even for McArtor.

“It’s complicated,” she says. “It’s as if I was living in Twin Peaks.”

Along with Lewis and Brill, the writing process took shape at Lake Cypress Springs.

“It was great, awesome,” McArtor says. “Usually I like working alone. But I loved working with those two guys cause they got me. I had the songs already tucked away and they helped bring them to life.

She said they would walk by the water a while, then write, then think about it, and come back to the house and write some more.

“It was very free flowing. The environment was so beautiful and easy to write in. We’d been stuck inside a long time. Being in nature helped release bottled up emotions.”

The EP was written as a story — as if it were a movie or a book. It has a start and a finish from the first song to the last.

“It’s an ode to my teenage years and wrapping up memories into this record,” she says. “It’s very cohesive, going from one scene to the next, a beginning and an end.”

Her website notes that Welcome to the Wasteland “unfolds like a surreal and spellbinding movie in music form. With her hypnotic voice and lavishly detailed lyrics, (McArtor) follows her sharply drawn characters as they wander and stumble through a series of strange and desolate settings: empty highways, strip-mall parking lots, the wild expanse beneath a blood orange moon. When matched with the EP’s shapeshifting sound, the result is an enthralling portrait of isolation and longing and self-salvation, at turns heartbreaking and fantastically joyful.”

The first song is “Wasteland” and it is an introduction to the story with many underlying symbolisms.

“It sets up my relationship with the world around me,” she says.

Next is “Bras and Jeans” concerning the over sexualization of young girls in the media and her own experience with that.

“(‘Bras and Jeans’) turned into a song about society’s infatuation with exploiting girls as they transition into womanhood, at a point when they aren’t fully aware of their sexuality — which is then imposed on us before we’re ready. A woman’s sexuality and power belongs to her; it’s not something there for the taking by the voyeurs of the world.”

“Stranger,” “Broken Bone,” and “Doe” follow keeping the thread of the storyline going, and finally ending with “Baby Don’t Cut Your Hair.”

On the EP’s closing track, McArtor shares an anthem of inclusivity, gently offering encouragement to anyone who feels painfully stifled in their self-expression.

“It’s a song about feeling trapped in a toxic place, where you feel like you can’t be who you really are,” she says. “Sometimes we need someone else, a friend or even a stranger, to give us some sort of love or understanding. It’s about living our truth, especially when we’ve been trying to hide it from ourselves and from others.”

Recorded in Nashville and produced by Lewis, Welcome to the Wasteland infuses elements of everything from dream-pop and post-punk to outlaw country and psych-rock.

“One of the things I’m setting out to do is to find a world between bands like Echo & the Bunnymen and those classic country artists like Townes Van Zandt,” notes McArtor on her website, who’s also deeply inspired by the brooding balladry of Chris Isaak.

Although the storyline threaded throughout Welcome to the Wasteland is largely the product of her unfettered imagination, McArtor also tapped into her experience living in a suffocating Dallas suburb in her early teens.

“I was sort of an outcast there and just wanted to get out, and I definitely brought that emotion into these songs,” she says. On the EP-opening “Wasteland,” for instance, McArtor presents a gorgeously sprawling and nearly symphonic meditation on emotional displacement.

Although decidedly difficult years, she’s grateful for the experience and where that led her.

“I became a writer. You can’t be creative if you’re too comfortable. You’ll become lazy and everything becomes too easy and that’s not good.”

McArtor is eager to do live shows again. For now, she’s doing some live-streaming shows and her music is on Spotify, Sound Cloud, Apple Music and her YouTube channel and website, www.alexmcartormusic.com.