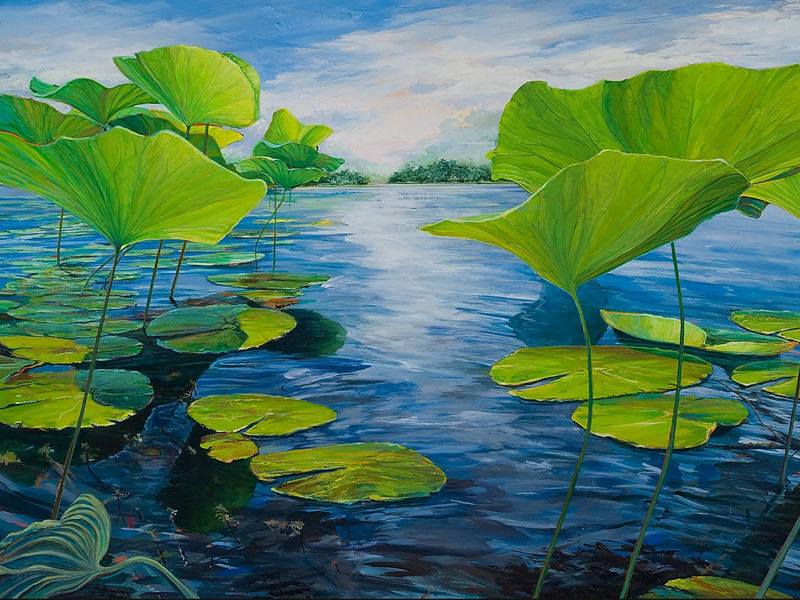 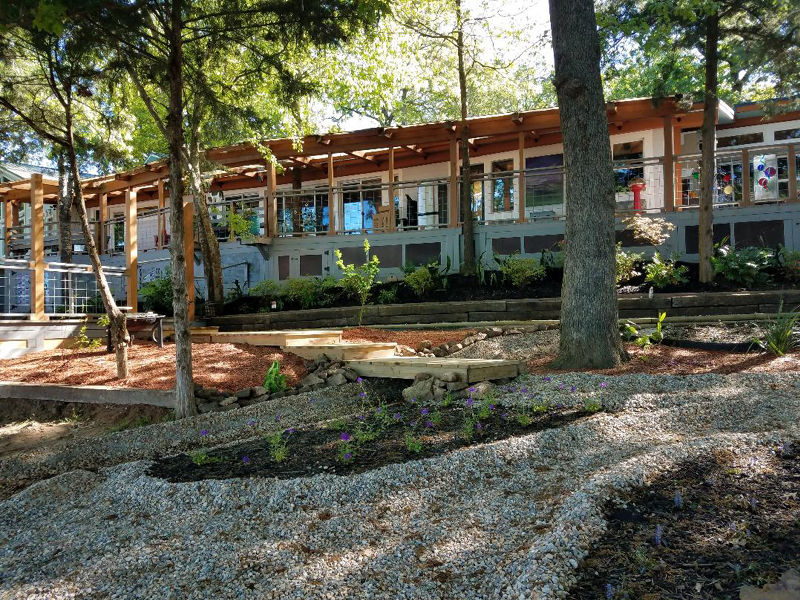 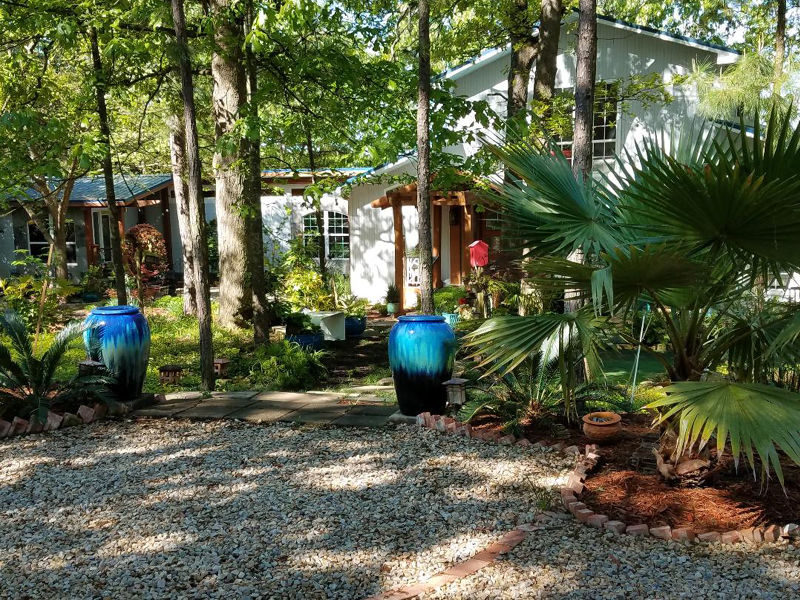 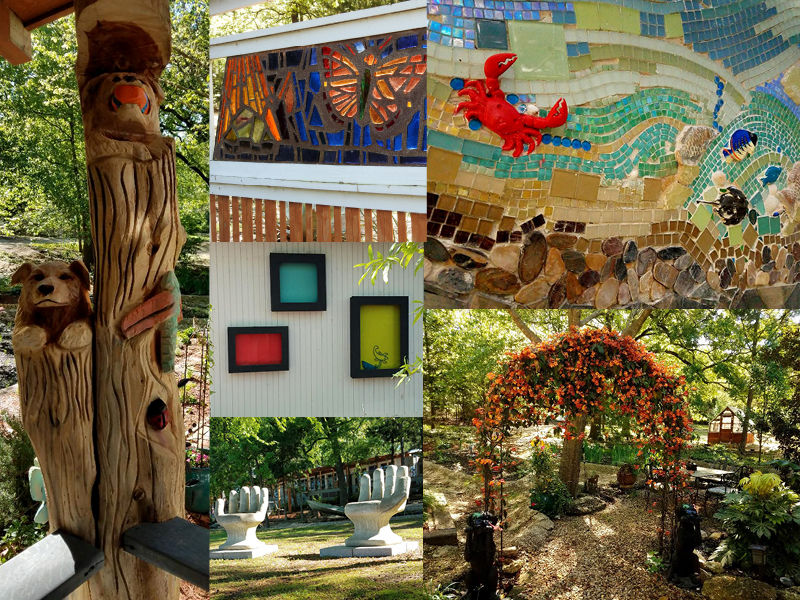 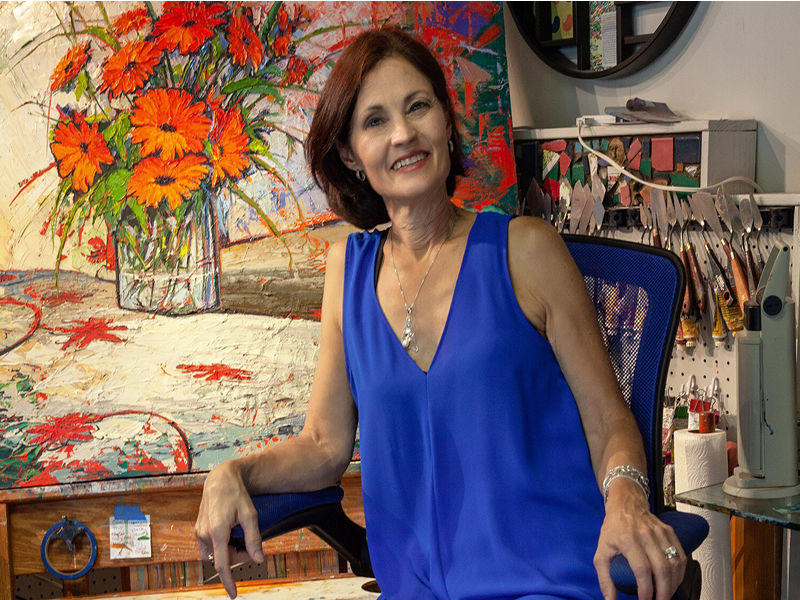 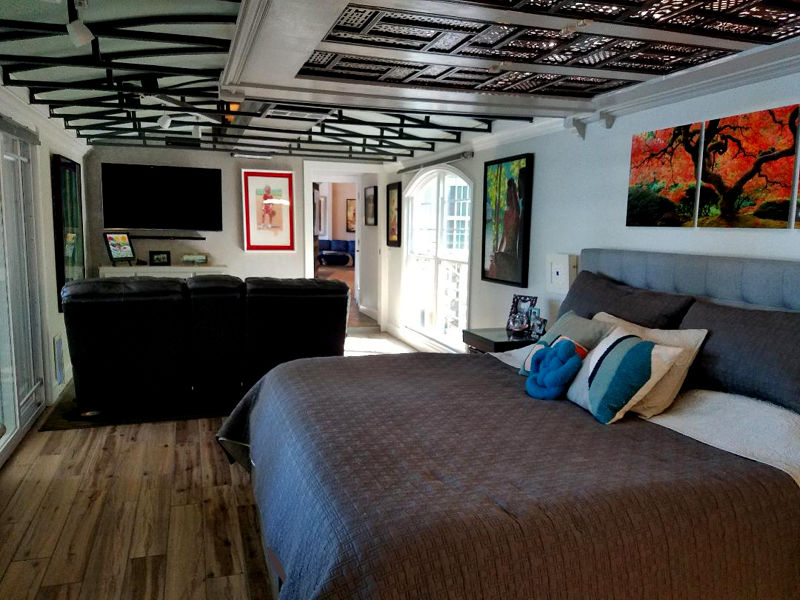 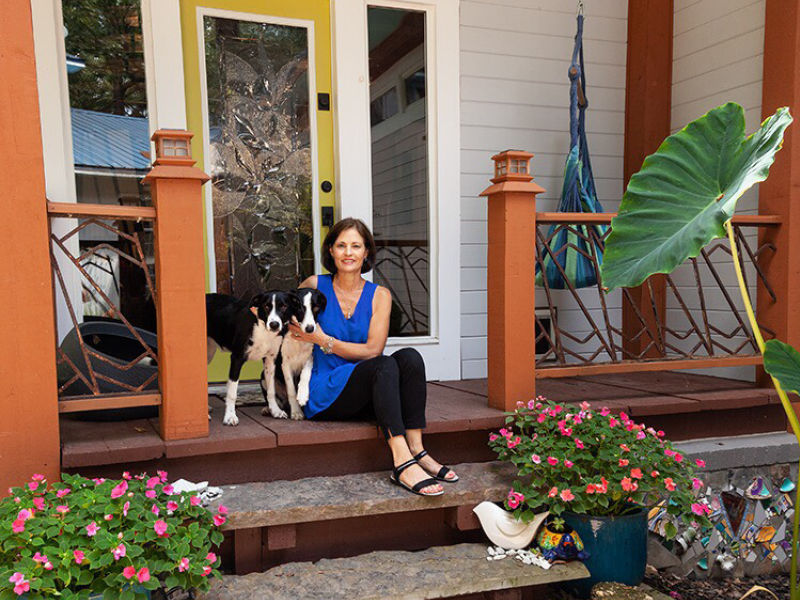 Donna Page enjoys creating art using many different mediums to capture an essence of a place, time, or feeling.

“I enjoy conveying the feeling and inspiration of what you see,” she says, rather than just the structure or mechanics of the scene.

She was born and raised in Dallas and moved to the Upper East Side of Texas with her husband, Paul, in 2010. They live in a beautiful and unique home, which also includes her art studio, on Lake Bob Sandlin near Winnsboro.

In Dallas, Donna was an architectural illustrator for 25 years. Her father was a big reason she pursued and enjoyed that business.

“My father was a very hard worker which I definitely inherited,” Donna says. “He designed mid-century modern homes in Dallas. He and his partner founded Ju-Nel Homes, which now has a bit of a cult following in northeast Dallas. I was very influenced by his designs and early on developed a love of architecture.”

A lot of her illustration work was freelance and she was able to work out of her house. The Pages have two daughters, and she says that working freelance allowed her to control her schedule somewhat.

“It was great for me for those years,” she says. “I was able to go to all the kids’ events.”

She says she knew as early as six years old, that she wanted to be an artist.

“It was all I ever intended to be.”

She also developed her love of landscapes at an early age. She recalls, “As a child I loved the outdoors and adventure. I particularly remember camping trips to the Guadalupe River. We camped beside these beautiful limestone formations created by the rapids of the river and we would travel the rapids every day.”

But it is East Texas that holds her heart, Donna says, an area she’s visited since the late 1960s.

“Dad bought property here in 1969, and my cousin and I would ride horses on the land of what is now Lake Bob Sandlin.”

She loves living where she does in their house with windows all across the back of it.

They share their home with their two border collies, Bunker and Birdie, and their nine rescue cats, and they both love water sports and gardening.

She and her husband added to their home by the lake by incorporating two storage containers onto the house. One is their master bedroom and the other is now her art studio. The studio has windows overlooking the beauty of their yard and the lake. She loves being in and working in her art studio, which includes an old drafting table that was once her dad’s.

The Pages have worked for the past 10 years creating a presentation of beautiful nature and art in, on, and around their home.

There are wood and metal gates leading to vegetable gardens and mosaic walls, one large ocean-themed one which is 15 feet long. The mosaic designs are Donna’s and she did a lot of the work on them, but she also had help with the physical labor part of these projects.

There are tree carvings created by Jimmy Hobbs, a local friend and artist, and lots of other artistic creations around their 10 acres. She has made some of the pieces saying “I see what is trash to most people and love turning it into a great art piece.”

After moving to East Texas, Donna attended Texas A&M Commerce to complete her masters degree and was an adjunct professor there while doing so. Upon completion of her masters, she was a professor of art at Northeast Texas Community College for about two years. While she loved teaching art to her students, teaching and all that it entailed took a lot of time and kept her from her true love. “I was not painting any more,” she says.

Another artistic avenue that Donna pursued was writing a children’s book in 2014 named Katrina Dogs, written to encourage animal rescue to the next generation.

She says, “It was a pretty big accomplishment and took an incredible amount of time and energy. I thought I would do a series of children’s books but realized that it required so much marketing which took me away from actually creating art that I decided I did not want to pursue book illustrating and writing. It was however, a wonderful experience and I am so glad that I did it.”

For a couple of years, Donna taught drawing to a core group of ladies in Winnsboro. She feels that “art is one of the things that anybody can do and should do.”

Some of these students already had artistic experience, but there were also some who had never drawn or done artwork before.

“I love taking a person like that and showing them what they can do.” Reflecting on these years of teaching, she says, “It was really rewarding, but again it took up a lot of time so I was not in my studio painting.”

She is now involved with and loving an art group that she heads up called the Women’s Art Force (WAF) of Winnsboro. Very talented artists are in this group and other members lead some of the meetings, leaving Donna more time to focus on her own artwork as well. She says about the teaching that she does in the group, “I love to give back in that way.”

She was featured in two one-woman art shows and another that included her work as well as others from the WAF.

Donna is also on the Building Committee for the Winnsboro Center for the Arts.

“We are working on developing a concept and design for a new art center serving Northeast Texas located in Winnsboro. It is going to be fabulous,” she says. “I am thankful for the wonderful, talented, and philanthropic group of people that I get to work with on this committee, and am excited to be a part of it.”

Donna’s favorite things are painting and spending time with her family and friends.

“You have to do it because you love it. It will not make you rich but you will have the richest life.”

For more information on Donna Page, visit her art website, www.donnapageart.com, or her website about her children’s book, www.cuddlemuffinbooks.com.