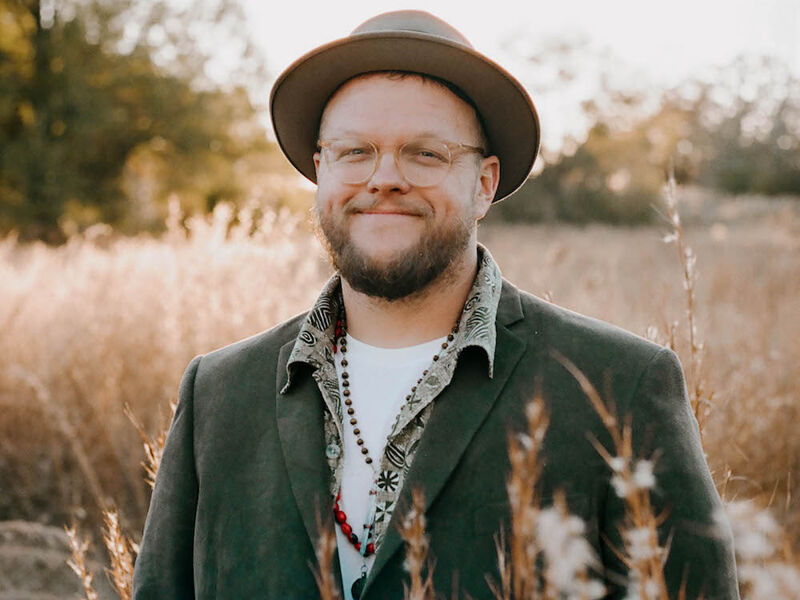 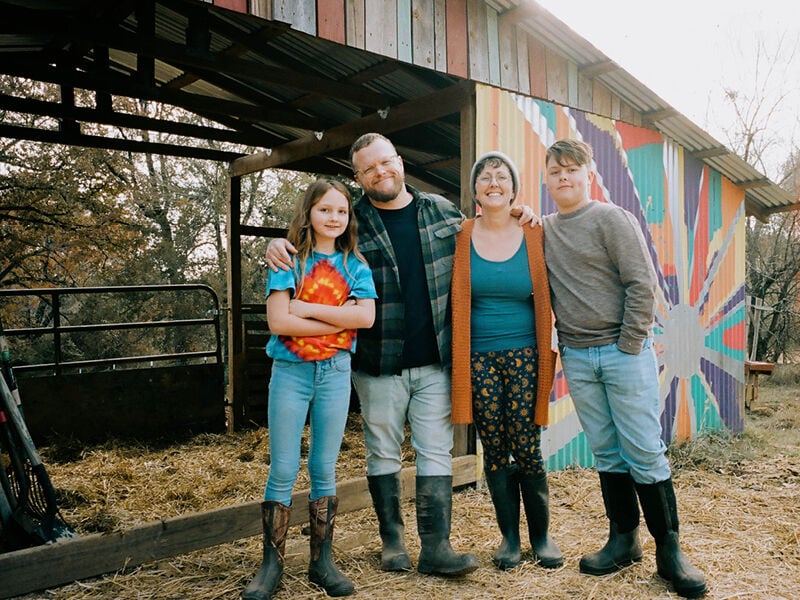 Nolah, Cas, Cassy, and Eben Haley live, work, study, and play music together at their family farm. Cas and Cassy are homeschooling Nolah and Eben so they can travel together.

Cas Haley makes great music look easy. He sings joyfully and dances on stage and in videos, igniting the world with hope.

The Haleys’ Big Hope Farm near Paris, Texas, is full of that. The Haleys — Cas, Cassy, Eben, and Nolah — raise chickens, Red Wattle hogs, vegetables, and music — lots of music.

More than the family home, the farm also serves as a retreat, music studio, and movie set for podcasts and music videos.

The first single on People is “Blue Jeans,” a simple story of a young couple enjoying their life together:

The album’s cover song, “All the Right People,” is a joyful sing-along with Haley’s band and family. It’s a celebration of his intentional work-family balance.

“I started traveling with the family and then that led naturally to us playing more music together and my kids getting more interested in music,” Cas says. “I’ve really tried to make it a family thing versus just a me thing.”

In People, the Haleys write songs and sing together, while son Eben plays bass and daughter Nolah plays fiddle.

Jon Batiste, bandleader and music director for The Late Show with Stephen Colbert states his appreciation for Cas’ outlook:

“Your purpose in the music is all about the community, in particular the community that you have built in your household,” Batiste says. “I imagine, in a hundred years, your songs could be folk songs — like people will sing your songs because they are the fabric of everyday life.”

Cas shot to fame singing “Walking on the Moon” by The Police in 2007 for Season 2 of America’s Got Talent.

His pitch-perfect honeyed high tenor wowed judges and the audience. Impressed with the talented performance, Judge Piers Morgan exclaimed, “You actually sang it better than Sting.”

Another smash performance of “Red, Red Wine” with reggae group UB40 landed Cas squarely in second place. He fell short of the $1 million prize but grew his connections in the music industry and even landed a Sony recording contract — before leaving it all and returning to Texas.

Too much fame proved too far outside Cas’ comfort zone. Wanting to be true to roots, he returned to his family, farm, and music.

Authenticity is his way of life.

Like a big kid, Cas just wants to have fun playing music and make everyone else happy. His lyrics speak to listeners’ hearts because he shares his life like an open book but never attempts to preach to anyone.

“I always feel like I’m writing lyrics as advice to myself,” he says.

Now at 40, the part-time musician, part-time farmer is hoping to keep it real with his fans — but especially with his family.

Cassy Haley is still overcoming a battle with a rare, aggressive form of breast cancer diagnosed in 2017. Her near tragedy is drawing the family closer and affecting his outlook.

One thing the family is happy about is that Cas won the grand prize in Lincoln Motors’ “Chart Your Course” songwriting competition in 2020. His song “Every Road I’m On” beat out 1,600 contestants nationwide.

He won a new SUV and received guidance from professionals like Texans Matthew McConaughey and Ruthie Foster before heading to Capitol Studios in Hollywood to record an album. He also filmed commercials for Lincoln and a documentary about “The Road I’m On.”

Instead of taking it on the road though, Cas took a sabbatical at home at the onset of COVID-19. The folksy “Road” celebrates the twists and turns of life.

Though written before the pandemic, the song struck a familiar chord.

“[Road is] all about the unknown and embracing presents through the unknown,” he says.

On the “Big Hope Podcast,” Cas speaks to the different musicians who contributed to his album and discusses their backgrounds.

On “Coffee with Cas,” he plays requests from viewers around the world on Saturday mornings to share his own music, prizes, and covers of the greats. He enjoys connecting to listeners and always ends on a hopeful note.

“I hope you guys have a good weekend and, ya know, stay positive,” he says during a recent “Coffee with Cas” episode. “Keep the vibes up.”