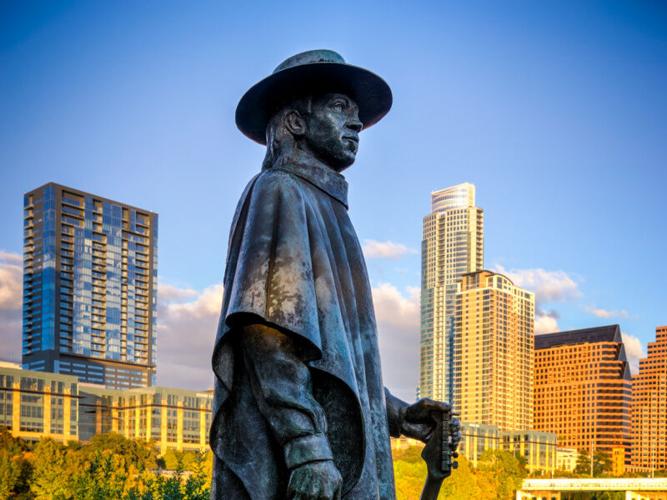 A memorial statue of Stevie Ray stands near Towne Lake in Austin, the site of his last concert there. 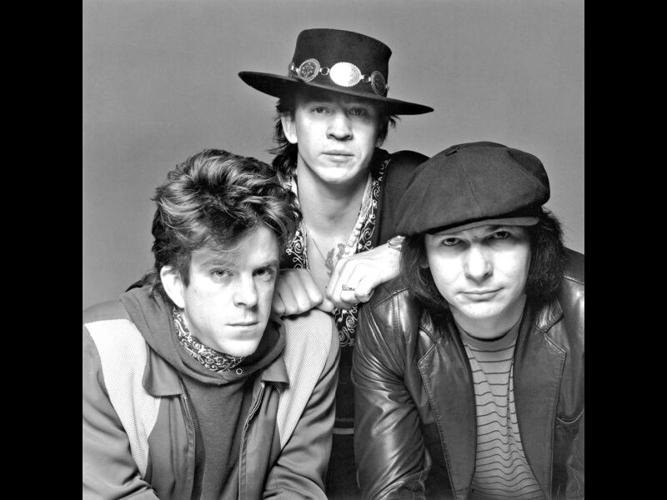 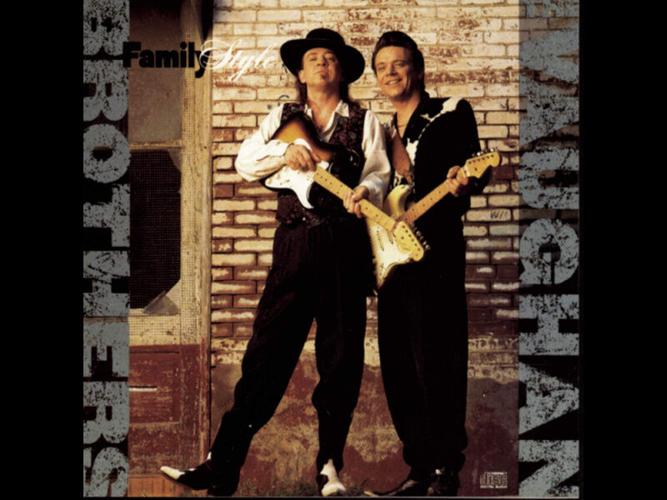 The Vaughan brothers, Stevie Ray and Jimmie, collaborated on the critically-acclaimed Family Style album released in 1990.

Governor Ann Richards proclaimed October 3, 1991, Stevie Ray Vaughan Day in Texas 31 years ago — the year after he was killed in a helicopter crash.

Vaughan's tragic and unexpected death shocked fans and the music world. His fame spanned only seven years of his lifetime, but his mastery of traditional blues music with the electric guitar brought an unmatched swagger to the genre and defined him as one of rock n’ roll’s greatest musicians.

Stevie Ray Vaughan was born October 3, 1954, in Oak Cliff in south Dallas. He learned to play guitar at an early age, teaching himself on the Fender guitar his older brother Jimmie left him upon moving out. With no formal lessons Stevie Ray became a music prodigy, spending hours playing along with older blues records and learning to express his emotions through music.

After leaving high school Stevie Ray initially played with bands in Dallas but left for Austin in 1972. He followed Jimmie who eventually formed The Fabulous Thunderbirds (“Tuff Enuff”). Though they performed in different bands the Vaughans enjoyed more artistic freedom in the Austin nightclubs.

Stevie Ray’s path to stardom began when he became the front man and lead singer in his own band Double Trouble with drummer Chris Layton and bassist Tommy Shannon. As front man he sang his own blues lyrics while entertaining audiences with complex blues riffs and rhythms.

While Texas bands like ZZ Top and The Fabulous Thunderbirds were topping the charts with popular rock n’ roll hits, the younger Vaughan’s career stalled because major record labels were not interested in signing blues artists.

A major breakthrough occurred when David Bowie invited Stevie Ray to play on his Let’s Dance album which featured his guitar solos in “Let’s Dance” and “China Girl.” After the recording Stevie Ray turned down the chance to tour with Bowie to finish recording his first album with Double Trouble and they finally grabbed the national spotlight with Texas Flood in 1983 and continued through the end of the decade.

The album’s title track — written by Larry Davis of Arkansas in 1958 — is considered the band’s first big hit. Other successful singles include “Pride and Joy,” “Rude Mood,” “Cold Shot,” and “Couldn’t Stand the Weather.”

The band’s number-one hit “Crossfire” from the In Step album (1989) is a nervy, foot-tapping single with lengthy guitar interludes.

“Save the strong lose the weak /

Never turning the other cheek /

Trust nobody don't be no fool /

Whatever happened to the golden rule /

Caught in the crossfire /

Caught in the crossfire.”

In 1984 Stevie Ray received the Blues Foundation’s Entertainer of the Year Award. He released three more albums and received two Grammy Awards during his lifetime. The last was Family Style, a joint production with Jimmie in 1990.

Stevie Ray is often compared to Jimi Hendrix for his similar rock n’ roll style and because he performed covers of Hendrix hits such as “Voodoo Chile” and “Little Wing.” However the Texan’s distinct style lends an unmistakable twang to the bluesy hits.

In a 1985 interview with Lone Star Cafè Stevie Ray discussed his music and the Austin scene. He often credited other performers and their influences on his style, especially brother Jimmie, whom he described as his greatest influence.

Vaughan died unexpectedly August 27, 1990, in a helicopter crash with four others after a Chicago concert in West Troy, Wisconsin. The news stunned the music world and especially fans in his adopted hometown of Austin.

After Jimmie gained control of his brother’s intellectual property he continued releasing Stevie Ray’s unpublished music and video performances after his death. The additional releases added to Stevie Ray’s growing legend and his lasting influence on the music world. Many honors — including four more Grammy Awards — were awarded posthumously.

The Blues Foundation Hall of Fame inducted Stevie Ray in 2000 and the Rock and Roll Hall of Fame inducted him in 2015. In 1993 the city of Austin erected a memorial statue of Vaughan near Towne Lake, the site of his last concert there. For his resting place, he came home to Oak Cliff where he’s buried in Laurel Land Memorial Park.