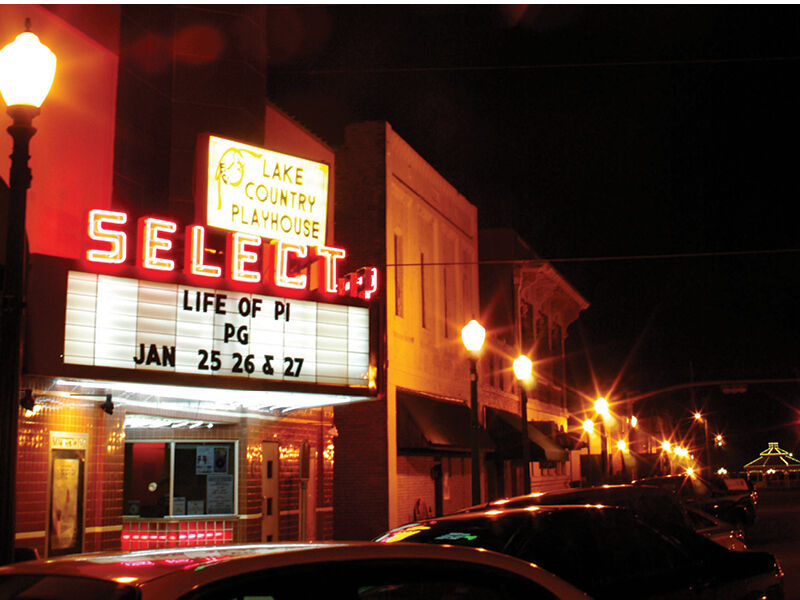 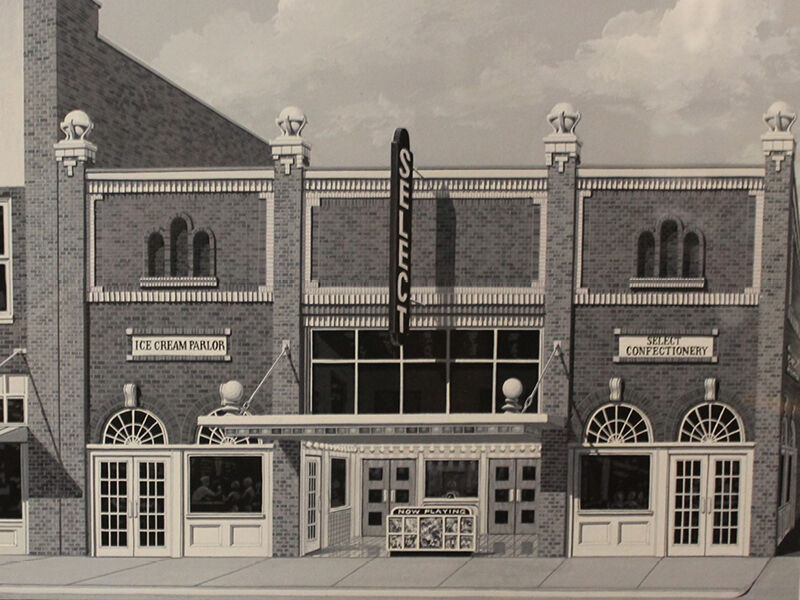 A rendition of the original Select Theater built in 1920. 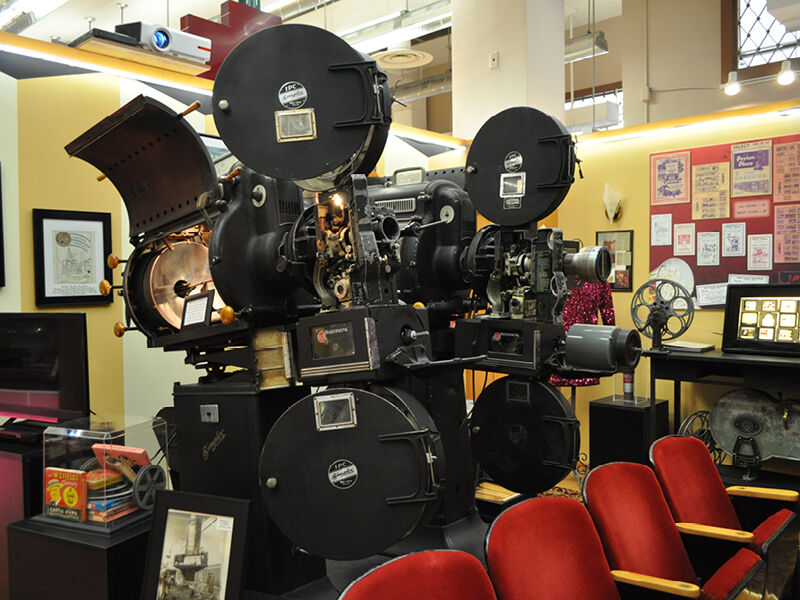 The Mineola Historical Museum houses the Select’s original movie projector. Visitors can see how large it is and observe its mechanics up close. 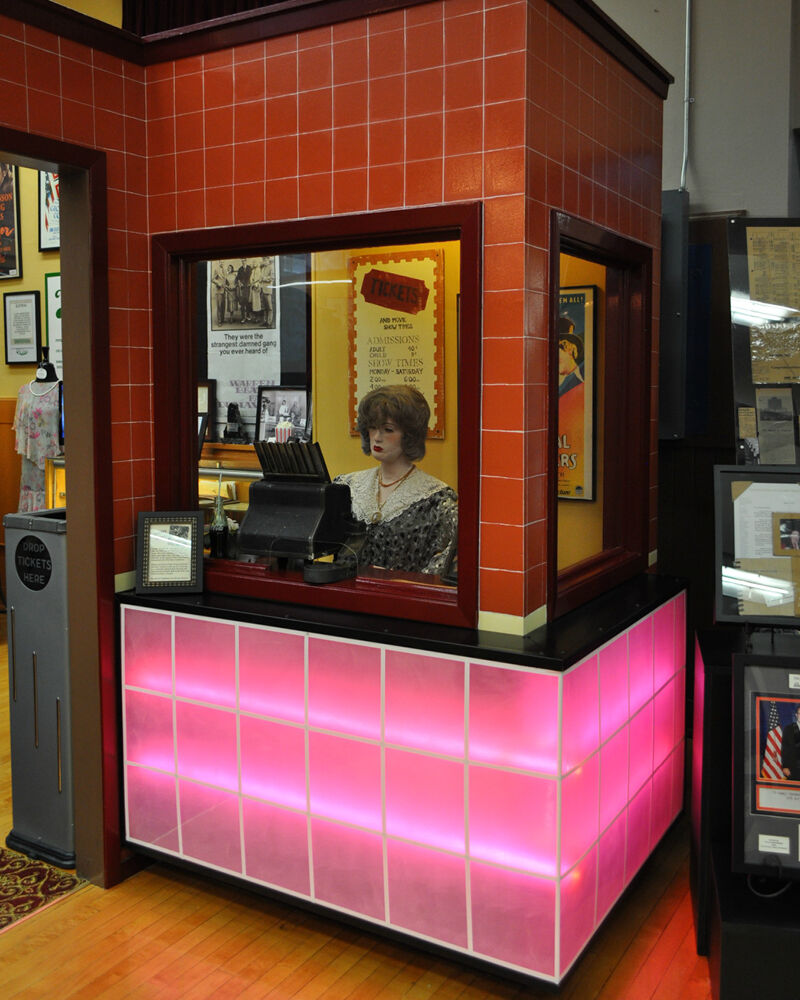 A rendition of the original Select Theater built in 1920.

The Mineola Historical Museum houses the Select’s original movie projector. Visitors can see how large it is and observe its mechanics up close.

The Historic Select Theater in Mineola — the oldest continuously operating theater in Texas — is 100 years old this year. It opened as a movie house in 1920, and has operated as such since then.

A documentary put together by Mark Eversole Productions in 2013 entitled The Pride of Mineola, offers glimpses into the theater’s 100-year history. In it, Lou Wagner talks about her family who started the theater in 1920 — her grandmother Mattie Hooks and father Robert Hooks, Jr.

“For some reason, my grandmother was interested in the motion picture business,” Wagner says. “She was strong, not afraid of anything. She ran a successful business, and this was back before women could even vote. She would be very proud that it is still going.”

The first six years, the Select showed silent movies, before the start of talkies in 1926, which changed the movie industry forever.

The Hooks family owned it until about 1961. At that time, they did not sell the building, but they sold the equipment to James Dear and Truman Thomas. Both had worked for the Hooks.

Dear began working there when he was 12 years old. In the documentary, he says, “I loved working there. I got to watch the movies for free, got paid, and got free popcorn. It was like home away from home.”

He also told how much the customers loved going to the movies. “It was an escape from reality.  You can be anywhere you want to be just by looking out that magic window.”

Some said that it was the only thing in town to do and they looked forward to going there every weekend. As youngsters, for 50 cents, they could get a soft drink, popcorn and a movie and stay all day. Dear and Thomas were a form of babysitter, making sure the kids were behaving and calling parents if they did not.

Wagner stated in The Pride of Mineola, “Back in the early days, we did not have television, and the movies is where you would hear news about the war and other things.”

It was common for news reels to show before the main feature started, especially during World War II.

As teenagers, many took their dates to the movies. Some people met their future spouses there. And a lot of people had jobs there. The Select was a great place for young people looking for work.

Wagner says, “There were not any jobs for teenagers back then, so if you got a job at the theater, you were really doing good.”

Some not so good memories tie back to a day in 1962 when a tornado hit downtown Mineola. The movie theater was filled with kids. They heard loud noises, then the lights went out. When they were safely taken outside, they began to realize what had happened.

Kay Lamb, a theater supporter, says in the documentary, “I remember glass everywhere, crunching on glass as we walked. It is a big memory from my childhood.”

When Dear and Thomas wanted to retire, ownership transferred to Lake Country Playhouse. In The Pride of Mineola, Dear says the transfer was made “with the understanding that they still operate it as a motion picture house in addition to their hometown plays.”

This worked well for the theater group, who purchased the building in 1993.

Murray Parks of Lake Country Playhouse said that moving in was not just about respecting the building itself.

“I think we knew before we started working on it that we were going to be both preserving and joining a long flow of history here in downtown Mineola,” he says.

The theater still retains much of its historical style and ambiance from the 1920s.

So, in addition to first run movies each weekend at the Select, Lake Country Playhouse presents four live theater productions each year. Local talent from all around the Upper East Side of Texas star in, direct, and produce these plays to packed houses of fans from the region and beyond.

Also taking the stage four times per year (in a normal year) is the Lake Country Symphonic Band, a 72-piece community band made up of members from small towns all across the region. These talented musicians range in age from 13 to 84.

To meet this goal, they do not make a large profit. Movie distributors are very expensive, he says, but the Select still keeps their prices low. They are the only theater in Wood County and enjoy loyal patrons who keep the seats filled. For their first-run movies, they only charge $6 per adult and $4 for children 11 and under. They also offer Saturday matinees at $4. Their concession stand has a $2.50 candy counter with the most expensive thing costing only $5.

They are a non-profit organization so donations are tax deductible.

“We receive help from the community and through the kindness of strangers — through help backstage and by people auditioning for productions,” Holbrook says. “A lot of people work together to keep the arts alive here.”

The Historic Select Theater is located at 114 N. Johnson Street in Mineola.

Entering is like taking a step back in time, and it is a wonderful place for the community to gather and enjoy new shows as well as remembering the old.

“This is a place where people can bring their grandkids and hear stories of ‘when I was your age, this is where I came on Saturday afternoons,’” Holbrook says.

VIDEO: "The Pride of Mineola"