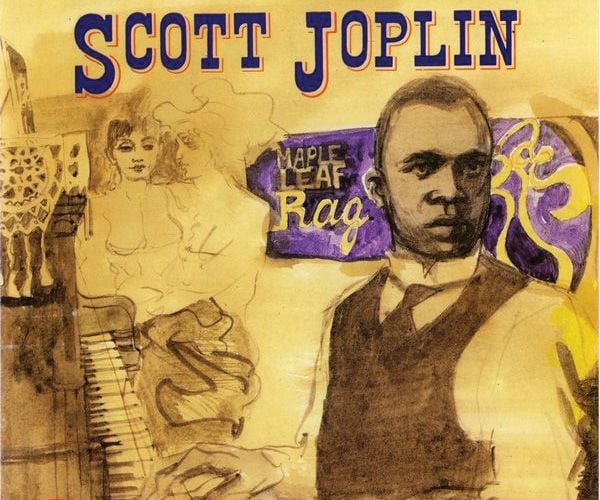 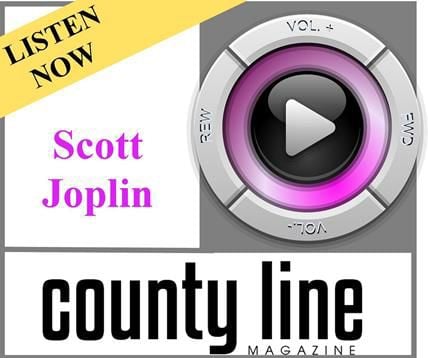 Scott Joplin grew up in humble surroundings in Linden and Texarkana to become the "King of Ragtime," and he died more than 50 years after his music earned an Academy Award and the opera he composed won a Pulitzer Prize.

Ragtime, in this case, has nothing to do with the rags of poverty, but the infectious dance music that features, as indicated by the name, syncopated, or "ragged," rhythms that grew, at least partially, out of John Philip Sousa marches combined with African rhythms. Joplin did not create the music – which researches said began in dancehalls in St. Louis and New Orleans – but quickly became its royalty.

He was born as the second of six children of Florence Givins and Giles Joplin near Linden on, by most accounts, November 24, 1868, the first of several well known musicians from the town including bluesman Aaron "T-Bone" Walker, rocker Don Henley, and Richard Bowden, who’s been called – perhaps by himself – America’s most famous unknown entertainer.

When he was seven years old, the young Joplin moved with his family to Texarkana. He was already playing banjo and was just beginning to learn to play the piano that would make him famous.

Joplin’s mother cleaned homes and he practiced his music on pianos in those homes. His mother, who also played banjo, and father, who helped lay rail tracks and played fiddle, bought him a piano in 1882 and he received free lessons that gave him a well-rounded knowledge of classical music form.

By his teens, Joplin was part of a minstrel troupe in Texarkana and then played in dancehalls, saloons, and brothels across the Midwest.

He settled in Sedalia, near St. Louis, in the early 1890s, where he studied music composition at George Smith College and honed his already considerable skills into a national touring act with his eight-member Texas Medley Quartette.

In 1911, he moved to New York City where he produced his own opera, "Treemonisha," said to be the first grand opera composed by an African-American. He staged the opera himself at great personal expense but it was performed only once during his lifetime, in 1915.

Joplin died on April 1, 1917, in Manhattan State Hospital after a long illness, and is buried in St. Michael’s Cemetery in the Astoria section of Queens.

His most famous compositions, perhaps, include "Maple Leaf Rag," "The Chrysanthemum," "Elite Syncopations," "The Entertainer," "Eugenia," "The Ragtime Dance," and more including "Treemonisha."

Ragtime music began to wane in popularity about the same time as Joplin’s death, although it lived on in the music of Jelly Roll Morton, Eubie Blake, and a number of others including classical composers Igor Stravinsky and Claude Debussy.

The music – most commonly played on piano – had a renaissance in the 1970s because of the Marvin Hamlisch score of Joplin’s songs in the Paul Newman/Robert Redford movie "The Sting." That score won an Academy Award and then the revived opera won the coveted Pulitzer Prize in 1976. In 1983, the Postal Service released a commemorative Joplin stamp.

The Pulitzer and the other honors became posthumous awards for an artist who persevered to be taken seriously.

Students at The New England Conservatory of Music recorded "The Red Back Book," a collection of Joplin’s rags, in 1973; that collection won a Grammy and lead to the music’s use in "The Sting."

It was Joplin’s publication in sheet music of "The Maple Leaf Rag" – with its melody lines, harmonic progressions, and metric patterns – in 1899, followed by other popular songs, that brought the music to the bigger public’s attention until the growth of jazz, which, in the way of one form of music superseding another, often incorporated ragtime. Both ragtime and jazz are sometimes called American forms of minuets by Mozart and other European classical music. Some "hillbilly" – as country musicians were called at the time – string bands and folk-blues musicians also incorporated ragtime.

Texarkana’s public radio station, KTXK 91.5 FM, plans to honor Joplin on his 144th birthday celebrations with a 2-3 p.m. program on Saturday, November 24. Steve Mitchell, the station’s general manager, will air excerpts of an interview conducted by Swiss filmmaker Dr. Luis Perez-Bayas during filming on his 3D documentary about Joplin.

Also included will be excerpts from the Scott Joplin Support Group’s 1998 celebration at the Perot Theatre which featured two grand pianos onstage and performances by Scott Kirby, Jay Hamilton-Douglas, and Vicki Al Dubais.

Although that is a small tribute, Joplin’s presence is all over Texarkana museums. There’s also a historical marker, a mural, a city park, and a National Register of Historic Places designation for the Orr School he attended.

Descendents still in the Linden area, in the Coves Springs suburb and one of the other famous sons, Henley, owns the land where Joplin’s family lived when he was born.

For more information, the quickest simple place to check is Scott Joplin Support Group on Facebook