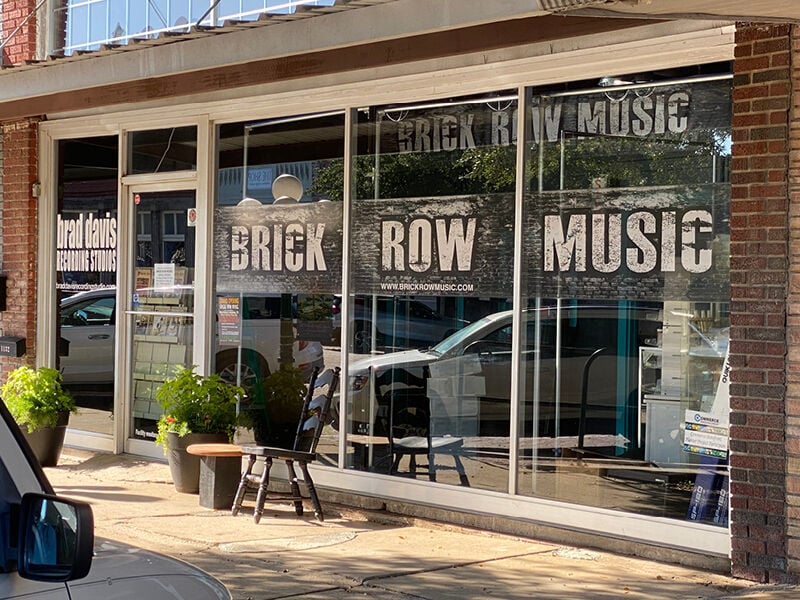 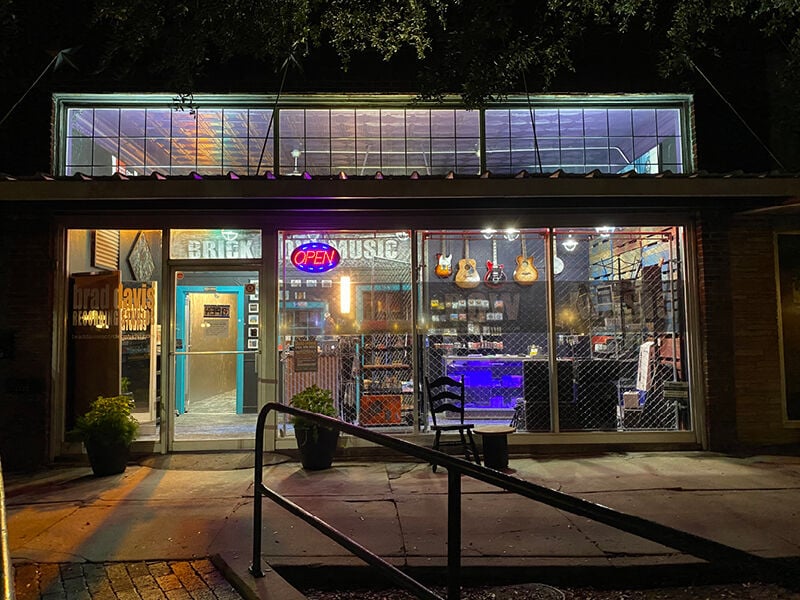 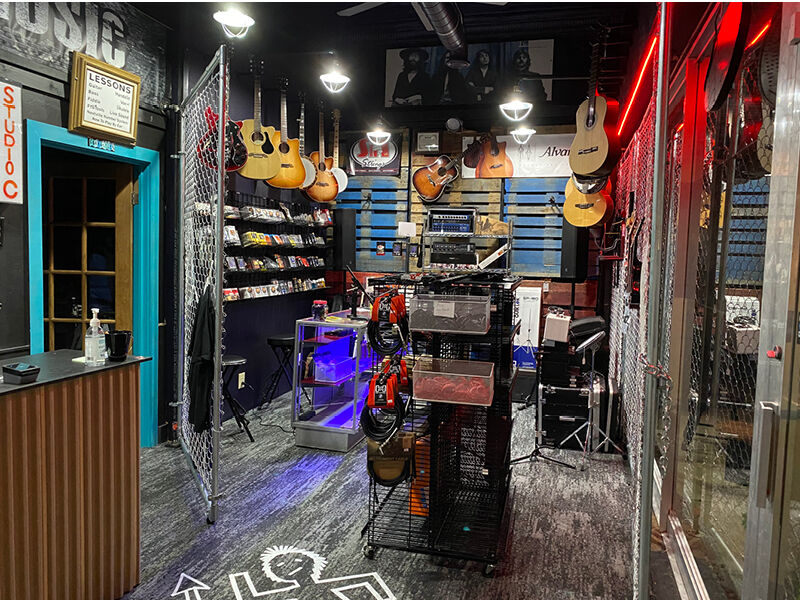 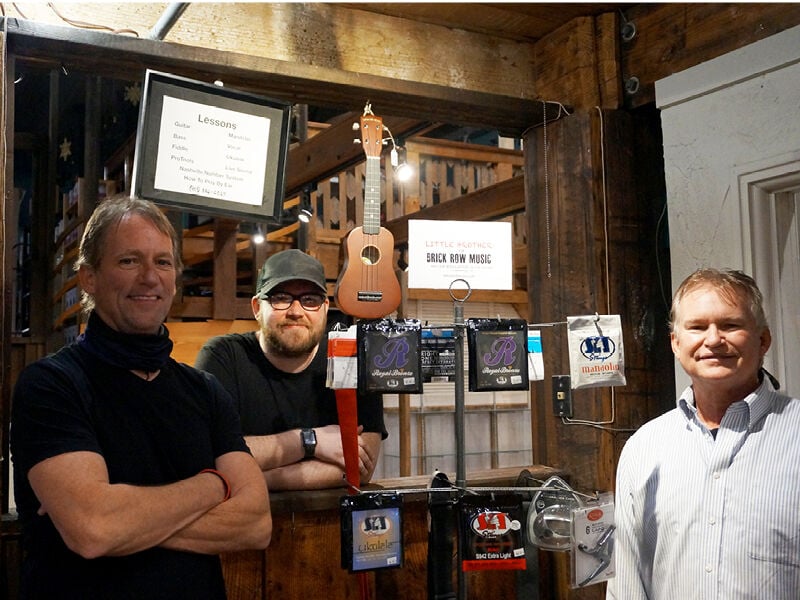 One of the things people are doing more during the Pandemic Pause is learning to play a musical instrument. At the new Brick Row Music store in Commerce, Texas, guitar, bass, fiddle, mandolin, ukulele, and voice lessons are taught by professional musicians Brad Davis and Joel Weaver.

Grammy Record performer Davis has operated Brad Davis Recording Studio in Commerce since 1985 in between time spent touring on the road, most recently with Billy Bob Thornton’s band The Boxmasters. In the studio he keeps up with local artists’ recording and production needs, as well as recording, producing, and creating music for his own projects that range from tribute albums to movie soundtracks.

Davis and Weaver joined forces in 2019 to put their 30-year musical experience together to form the band The Heroes. Weaver says the name comes from the idea that the band wants to be “heroes” that give their audiences a break from their troubles — a time to tap their feet, relax and forget the stress and struggles they face.

The band plays stages in Texas including the Texan Theater in Greenville, Foster’s Filling Station in Sulphur Springs, Foster’s Restaurant and Pub in Pickton, The Cocktail Creamery/Pantry in McKinney, as well as in Colorado, and several venues in Oklahoma.

Weaver moved to Commerce a few months ago so the two could work closely on their collaborations.

When Davis learned that nearby Texas A&M Commerce students in band or orchestra had to drive to Dallas to purchase needed supplies for the upkeep of their instruments and items that have to be replaced on a regular basis, he and Weaver started talking about doing something to make that more convenient for them and other local musicians.

Davis said, “Open a music store? Sure, why not. The Heroes is one of the reasons I could finally convince Joel to move down here to help with the studio and now a store. I knew I needed someone who was not only a great musician, but a trustworthy guy.”

Weaver says he’s all in.

“It just made sense, so we hooked it up and transformed the lobby of the Brad Davis Recording Studio into the coolest music store you’ve ever seen,” he says.

Brick Row Music Mercantile quickly gained success and they were approached by the Greenville arts community to bring a satellite store there. After a bit of arm twisting, Davis and Weaver opened Brick Row Music’s Greenville location called Little Brother, at the end of November in Uptown Forum.

“The businesses in Uptown Forum are an oasis for the creative spirit and the people who aren’t so creative, but still dig it. You can find Harry Potter wands, a good Italian café, and Lonnie J and Friendlee Buffington on Friendlee radio, all under one roof. The building alone could be the star of a trip downtown, and it’s filled with all kinds of jewels to explore,” Weaver says.

For more information on the music shops, go to www.braddavismusic.myshopify.com and visit their Facebook page @brickrowmusic.