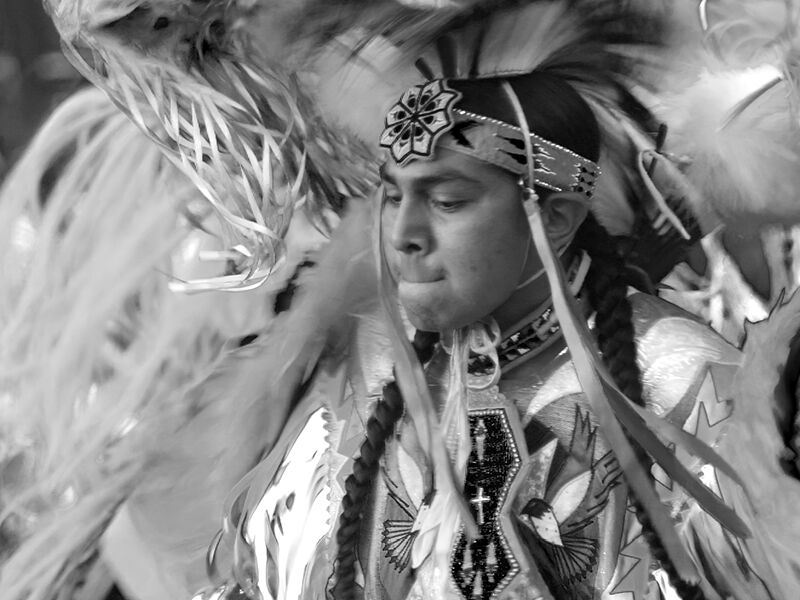 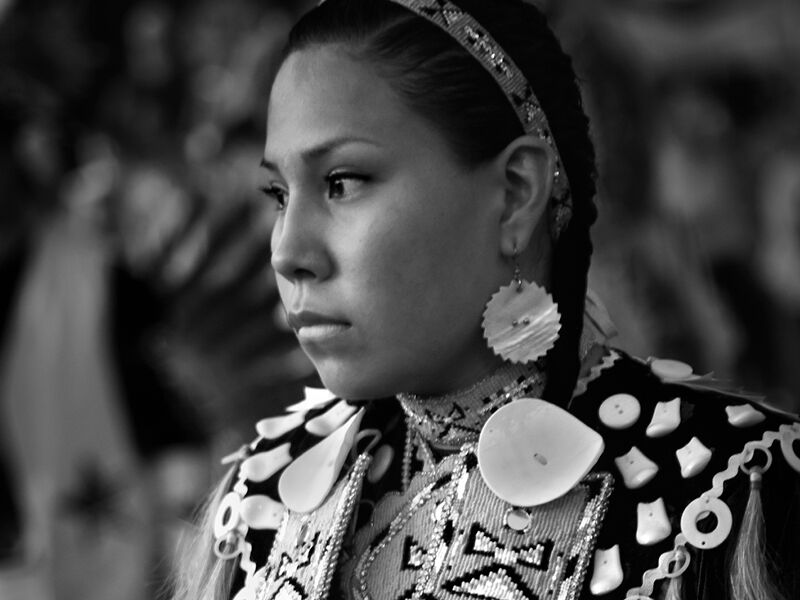 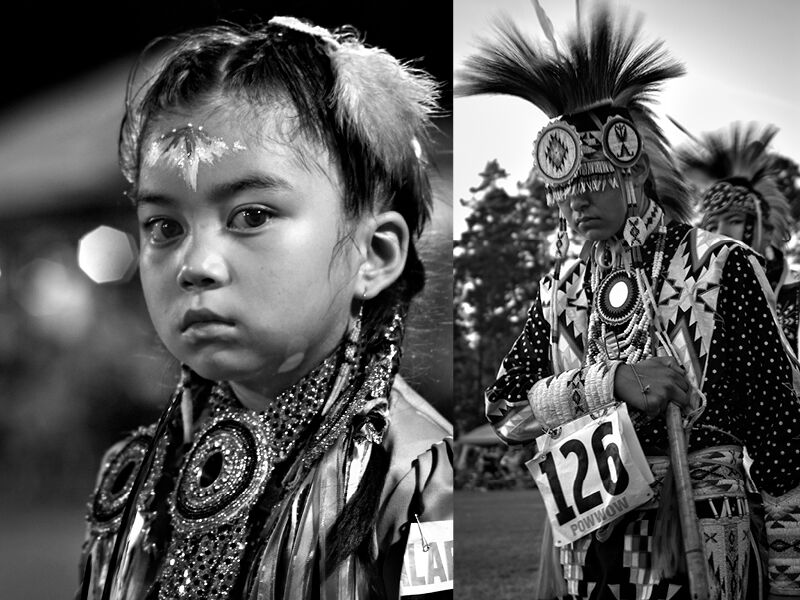 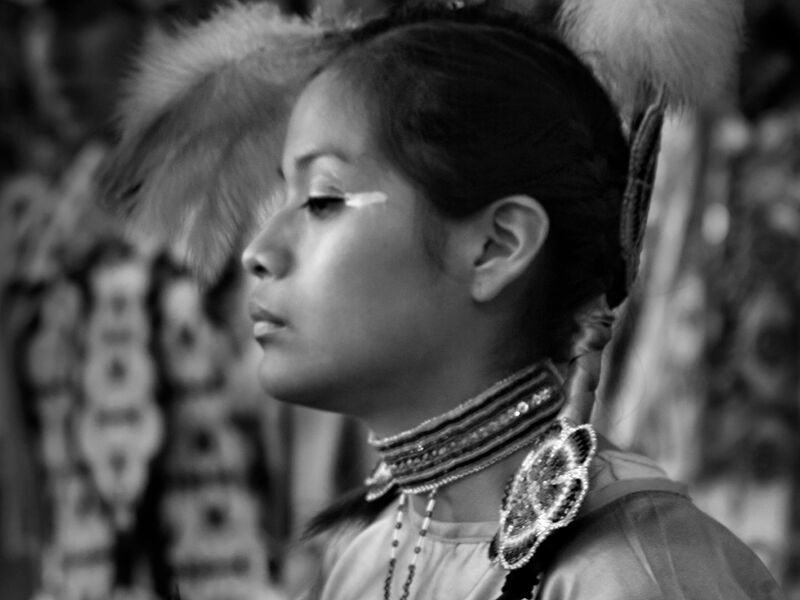 At age 14, Hector Maldonado attended his first Native American powwow in Chicago. He saw tribe members dressed in regalia dancing ceremoniously, performing traditions of their ancestors. He captured the event with his father’s 35 millimeter camera and realized he found a lifelong passion.

Today, Maldonado attends one or two powwows a year in Chicago near his hometown of Bridgeport or on the Alabama-Coushatta reservation near Livingston, Texas, where he spent time with extended family while growing up.

Maldonado affectionately describes powwows as large family meetings and they hold a special place in his heart.

“It was always a heart-warming family affair because we didn’t have any family in Chicago,” Maldonado says. “It’s like going to a family reunion with additional family members that are not part of your family. I’m lucky that I can have a thread back to knowing this heritage.”

Maldonado’s aunt and uncle, Colabe III Clem Fain Sylestine and Leona Sylestine, were tribal leaders and role models to young Hector. Uncle Clem served as chief of the Alabama-Coushatta tribe and told many stories; Aunt Leona was a respected matriarch.

The Alabama-Coushattas live on Texas’ oldest reservation. The present-day tribe merged from two tribes, the Alabama and Coushatta Indians, who lived near each other in Alabama and shared many customs. By the late 1780s the tribes migrated to Louisiana and east of the Sabine River to Texas in search of better lands.

The tribe’s past is intertwined with Texas history. Sam Houston arranged a treaty with the Alabama-Coushatta before the Texas War of Independence in 1836, and many members supported the Texans in their war against Mexico. The tribes were known for farming and hunting, but also as effective warriors. Some guided Houston’s army, while others supplied provisions to Texas refugees as they fled the Mexican army. After Texas won the revolution, the Republic of Texas recognized the tribes’ claim to their lands in 1839.

In 1987, the Restoration Act restored the tribe to federal recognition. They are a self-governing nation of roughly 900 members. The 10,000-acre reservation in Polk County is tucked away inside the Big Thicket, about 17 miles from Livingston.

The Alabama-Coushattas canceled their June 2020 powwow because of the COVID-19 pandemic. The annual event usually draws hundreds from around the country. Monthly powwows draw visitors from Texas, Louisiana, and Oklahoma.

Financial limitations sometimes keep Maldonado from attending Alabama-Coushatta powwows every year, but he loves to go, and always carries a camera. He often shoots with a 35-millimeter Leica Rangefinder camera, but he sometimes enjoys using a Graflex large-format camera used by news photographers in the 1940s and 50s.

Shooting with the vintage camera is a slow process that allows just one photo at a time but is worth the results because it offers the photographer more control over the camera’s exposure times and aperture opening.

Maldonado prefers the aesthetics of black and white film and its archival properties. He makes his own developers and processes the film before scanning the images to large digital files. The process is time consuming but gives him control over the finished product.

“Film, for me, is a tangible thing,” Maldonado says. “I like taking out the negatives and holding them up to the light.”

People who travel from across the nation to yearly powwows recognize Maldonado and respect his art. He’s there to capture the moment, whether it’s the central action, the environment, or something behind the scenes, such as children playing around or people waiting to join the dance.

“I usually don’t plan anything. I just want to catch realism — something that’s actually happening. I’m constantly looking,” he says.

He describes himself as reserved and observant, like many older Native Americans.

“I remember sitting with our family for a long time, and not too many words being spoken,” he says.

Maldonado considers his photographs so personal that he doesn’t usually sell them. He recalls selling some at a one-time fundraiser for the Alabama-Coushatta Tribe after his uncle passed away.

“It’s hard for me to sell these images. I’m very sensitive about abusing them to make money for myself,” he says. “I really want to respect the [tribes’] heritage and traditions. I would hate to see someone think I’m trying to make money off of their performance.”

People can see Maldonado’s photographs on Instagram, or on display in some galleries and public spaces. Chicago’s Harold Washington Library Center displayed his photographs in a 2019 exhibit titled, “Finding Myself, My Heritage within Me.” A video of that exhibition is available.

Other venues that often display his photographs include The Trickster Gallery of Native American Arts in Schaumburg, Illinois; Hacettepe University in Ankara, Turkey; and the Chrysler House Basement Art Gallery in Detroit.

Another of his projects, “City Abandoned,” focusing on an impoverished neighborhood in Istanbul, was featured at The Rangefinder Gallery in Chicago and at Ilford Photo in Worcester, England, in 2014. Maldonado visited Turkey several years ago where he met his wife, Selin.

In between working in Chicago and visiting Selin’s family in Turkey, Maldonado looks forward to attending more powwows in Chicago and Texas, where he uses his photography to connect with others and what’s happening in the world.

“[I] try to share the diversity of the world I have experienced with the viewers,” he says. “It is my hope that these photographs will give viewers a glimpse into the hearts and minds of Native American people.”