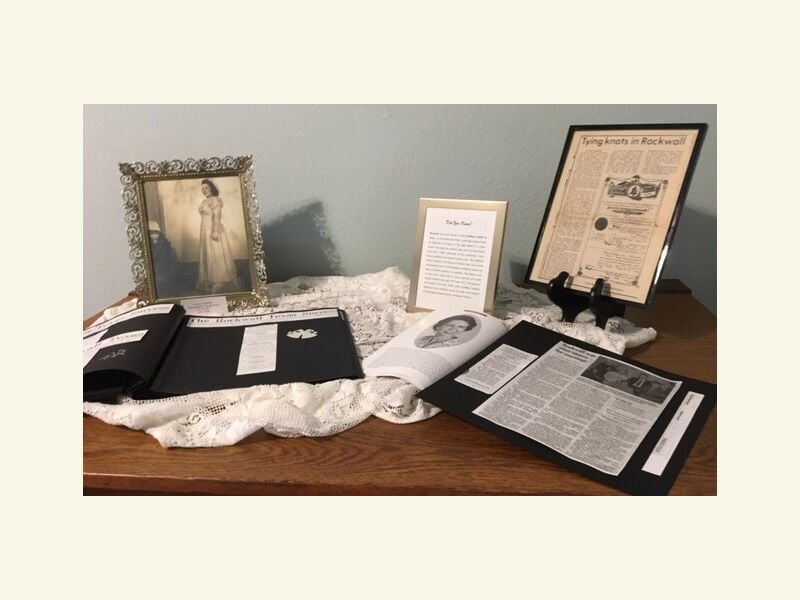 Rockwall was once known as the Wedding Capital of Texas with thousands of weddings performed at the courthouse in the 1940's and 1950's. 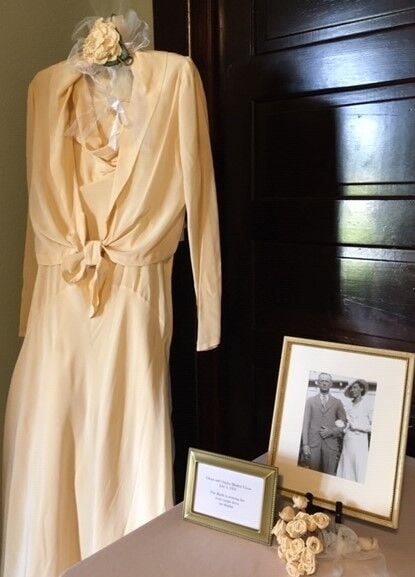 Memorabilia from the nuptials of Glenn and Orpha (Bailey) Cross, who married in Rockwall in 1933.

Rockwall, seat of Texas' smallest county, was once known as the Wedding Capital of Texas. To commemorate that heritage, Rockwall County Historical Foundation is presenting a free historical exhibit this month. Memorabilia are on display at the Bailey House, on the grounds of Rockwall's Historic Park, at 901 E. Washington St., through August 22.

In the 1940's and 1950's, a marriage license could be obtained at all hours of the night. A local doctor who kept his practice open late provided blood tests, while a night watchman at the courthouse, Gene Payne, doubled as the deputy county clerk.

Mrs. Mildred Barnes, Justice of the Peace of Precinct One, who served the unexpired term of her husband, sometimes married as many as 15 couples in a weekend. Mrs. Barnes, one of only a few female justices of the peace in Texas, married more than 6,000 couples between 1952 and 1957.

That practice was ended in the late 1950's when wedding business operations in the smallest county in Rockwall County were required to keep regular business hours, closing at 5 p.m.

Included in the display is a photograph of Glenn and Orpha (Bailey) Cross who married on July 3, 1933, and the dress worn by the bride for her wedding. The exhibit includes examples of ladies’ hats and fashions.