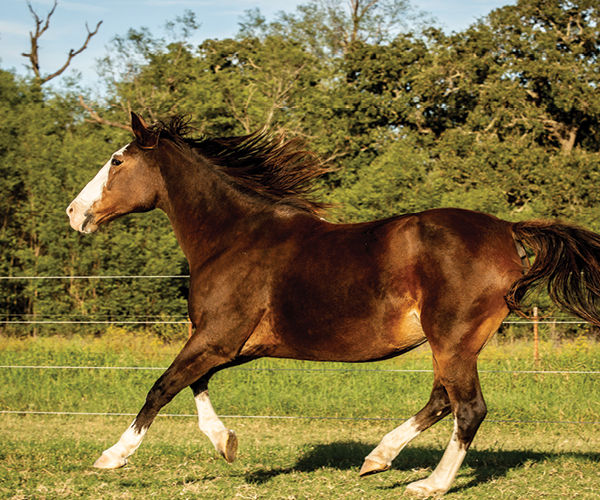 Bailey was rescued in 2016 after she was found malnourished in Tyler. With lots of care by the Pegasus team she recovered and is a healthy companion horse today. 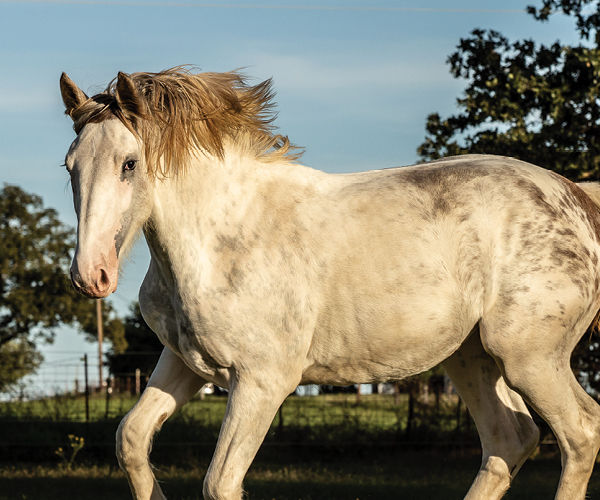 The Pegasus Project presents the Fifth Annual Wings Over Pegasus from 10 a.m. to 3 p.m. April 20 in Murchison. The event features airshows, airplane rides, skydivers, pony rides, kids’ games, arts and crafts, an Easter egg hunt, and much more in a fun, casual carnival-filled day for the whole family.

The Pegasus Project is a nonprofit organization operated by Allyson and Mike DeCanio to rescue neglected horses. They have 40 to 45 rescue equine on their ranch located off FM 773 between Ben Wheeler and Murchison at all times. They take horses of all breeds, as well as donkeys, mules, minis and ponies (anything of the equine variety). Each year, they find good homes for between 20 and 25 horses.

One grateful horse they rescued is Bailey the Clydesdale. It was towards the end of 2016 when they got word of skinny horses in south Tyler with no shelter — one of them being Bailey. After some negotiating, the owner released her to Pegasus just prior to a massive cold front. The Pegasus team began providing her with the intensive care she needed. She recovered nicely, and after Bailey had gained to a healthy weight, they began to suspect that she might be pregnant. In the early morning hours of June 9, 2017, she gave birth to a filly they named Cloud Jumper (CJ).

During the healing process, Bailey gave birth to CJ who is now also thriving and living large on the Pegasus ranch.

Once CJ was weaned, they began working with Bailey to determine whether she was saddle trained. After several months of working with her, they decided she is best left as a companion horse. Given her age (20+) she’s much happier as a pasture ornament.

When CJ was born, the Pegasus team had to syringe feed her for a while to keep her alive. Once she could fully nurse, she was eating on her own and thriving. CJ shows no signs of her early struggles and is now a very large and healthy yearling. With Clydesdale in her bloodlines, and given her current size, they expect she will easily exceed 16-plus hands when grown.

In November of 2017, they weaned CJ from Bailey, and she currently lives with three-year-old colts Jax and Scout and Bailey on the Pegasus Ranch. CJ is bold, independent and confident. She has beautiful movement and feathery feet.

Visitors to Wings Over Pegasus can tour the ranch and visit some of the rescued horses. Admission is $10 per car. Food and games are available for purchase. All proceeds benefit the rescue horses and donkeys.

For directions and more information, visit www.mypegasusproject.org or call (903) 469-3578.