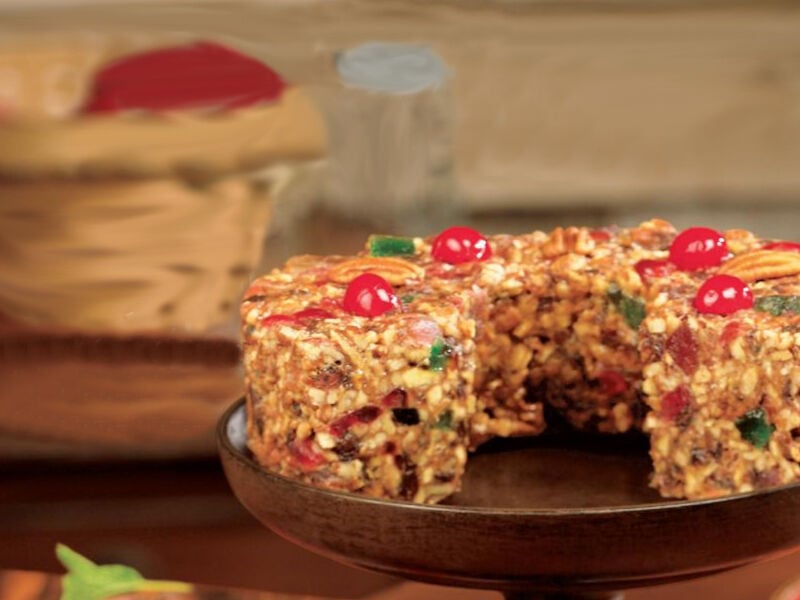 The Original Texas Pecan Fruitcake came from a recipe passed down in one family for many generations. 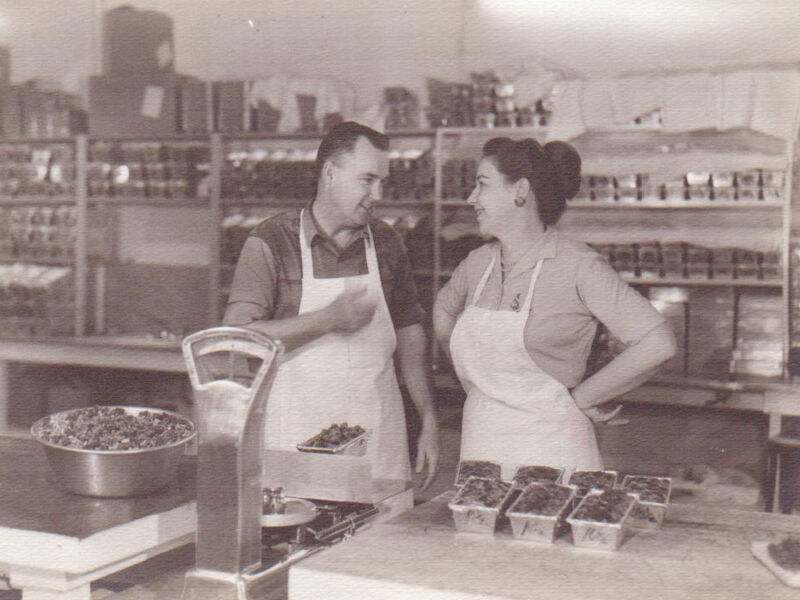 Sam and Mary Lauderdale built a nationwide fruitcake business based on her great grandmother’s recipes. 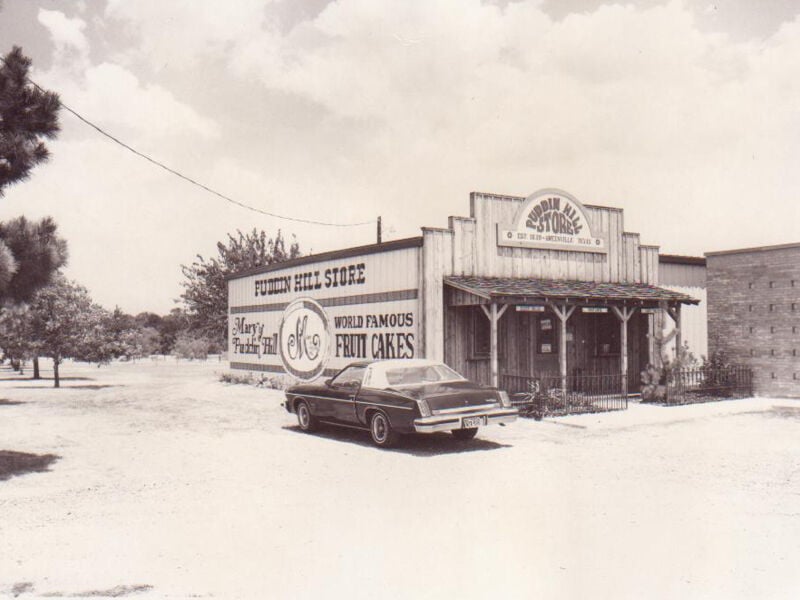 The Mary of Puddin Hill bakery and retail store on I-30 near Greenville served the public for almost 70 years. 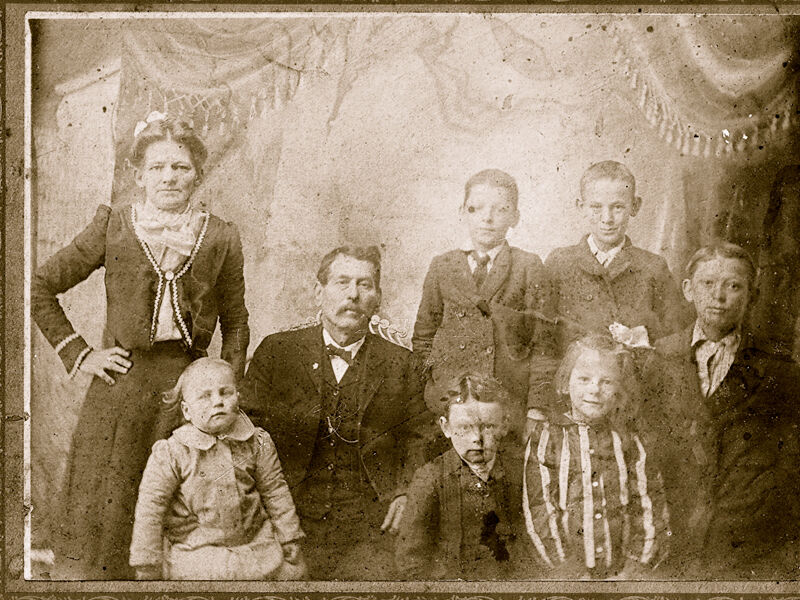 Mary and James Horton and their children. They settled a land grant of 625 acres near Greenville in 1836 — where legend says the first Mary of Puddin Hill made and sold fruitcakes.

The Original Texas Pecan Fruitcake came from a recipe passed down in one family for many generations.

Sam and Mary Lauderdale built a nationwide fruitcake business based on her great grandmother’s recipes.

The Mary of Puddin Hill bakery and retail store on I-30 near Greenville served the public for almost 70 years.

Mary and James Horton and their children. They settled a land grant of 625 acres near Greenville in 1836 — where legend says the first Mary of Puddin Hill made and sold fruitcakes.

A Texas Snowball, a Thingamajig, and a Little Pud are just a few of the sweets known far and wide produced by Mary of Puddin Hill. But it is another treat that started it all and a recent turn of events that brings this famous fruitcake story full circle.

It was more than 180 years ago that the Republic of Texas gave James and Mary Horton 625 acres of Blackland soil near Greenville, Texas. The Hortons arrived on their new property on a rainy day in 1839. As Mary slogged up a rise through thick, black mud, she told James, “This is like walking in pudding.” James spread his arms wide, and there and then proclaimed it “Puddin Hill.”

It is here where Mary became known for making delicious fruitcakes. Her recipe was passed down through the family for generations.

More than a century after the Hortons arrived on Puddin Hill, their great, great granddaughter — also named Mary — took the family fruitcake recipe to a whole new level. In 1948, she and her husband Sam Lauderdale were living in Austin and attending the University of Texas. They began baking and selling the fruitcakes from their apartment. The couple then moved to her ancestral land in Greenville and started Mary of Puddin Hill bakery, which continued for almost seven decades.

A retail store was added in 1975 and a candy kitchen in 1980. It was a magical place for visitors and tourists alike filled with heavenly aromas and sweet artistic creations. From white chocolate 300-pound doll houses, to a seven-foot tall carousel featuring ponies in dark, white, and milk chocolates, the store was famous for its warm ambience and entertaining concoctions.

Despite its popularity, by 2011, Mary of Puddin Hill was struggling. Larger bakery chains circling the area, construction and a downturn in traffic on Interstate 30, and other economic factors caused then owner Ken Bain to open and close a few times until he closed the doors for good in 2014.

In 2015, another long-standing Texas bakery, Eilenberger’s of Palestine, bought the name, recipes, and equipment, and relocated operations to Palestine.

“Mary of Puddin Hill was a great match for us because they had compatible products and ingredients,” says Ava Harmon, Eilenberger’s marketing director. “The [Puddin Hill] candy line made it even better for us.”

The famous Mary of Puddin Hill cakes, pies, cookies, and chocolates are sold in person at Eilenberger’s and online through an extensive mail order business.

After six years, the people of Greenville were still grieving the loss of their beloved fruitcake paradise. Luanne Dickens of Greenville Floral & Gifts decided to see what she could do about it and met with the Eilenberger’s team. To everyone’s delight, they formed an agreement to bring a Mary of Puddin Hill store back to Greenville.

Known as Luanne’s Mary of Puddin Hill, the new store in downtown Greenville sells many of the bakery’s original treats, alongside dozens of gift items. Dickens provides a full showroom of candies, chocolates, pies, and the famous fruitcake that all come from the Palestine bakery factory.

Opening in November of 2020, just in time to sell Puddin Hill’s famous treats for the holidays, sales at the Greenville store resulted in a blockbuster year for Eilenberger’s which struggled (in a good way) to meet the demand.

“[Their truck was] coming on a weekly basis and taking the items back to Greenville because they were flying off the shelves,” Harmon says.

Dickens is also pleased with the shop’s sales and the community’s enthusiasm for the products.

“People are just so excited about having it back,” Dickens says. “It makes me get chills when people are so happy.”

Luanne’s Mary of Puddin Hill is open 9:30 a.m. to 5 p.m. Tuesday through Friday and 10 a.m. to 4 p.m. Saturday and is located at 2518 Lee Street in Greenville across from the Hunt County Courthouse. Call (903) 453-8033 for information and visit their Facebook page. For more information on the Palestine store, go to www.eilenbergerbakery.com.