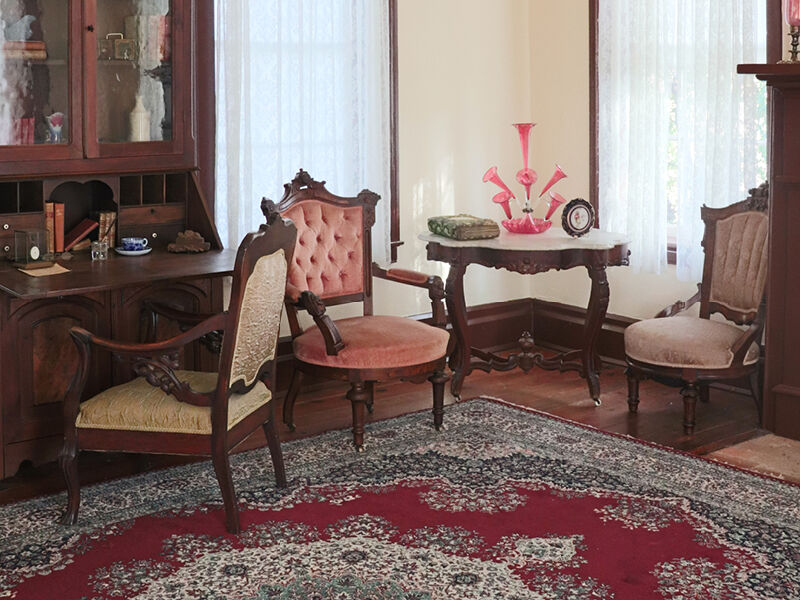 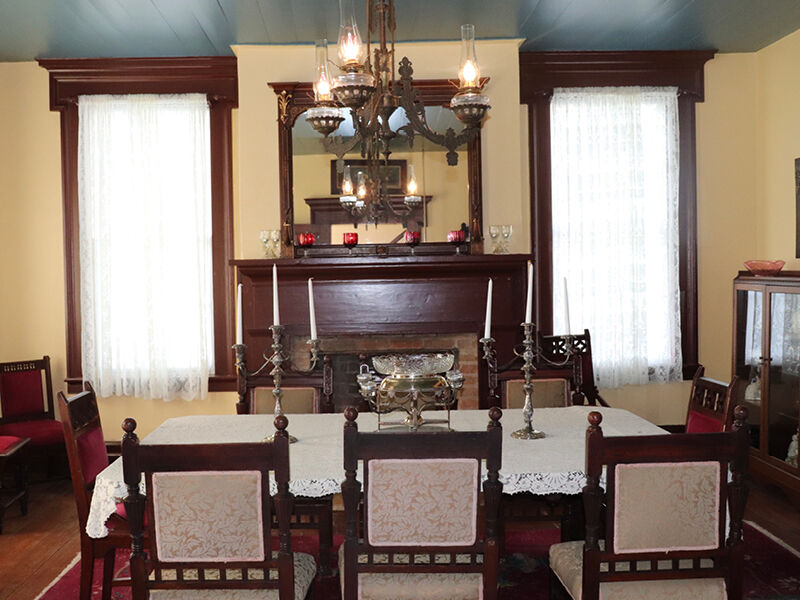 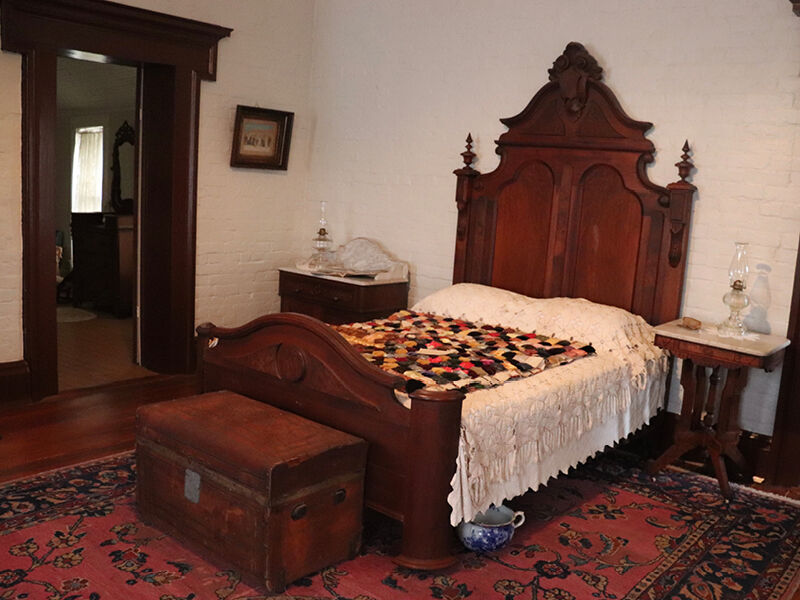 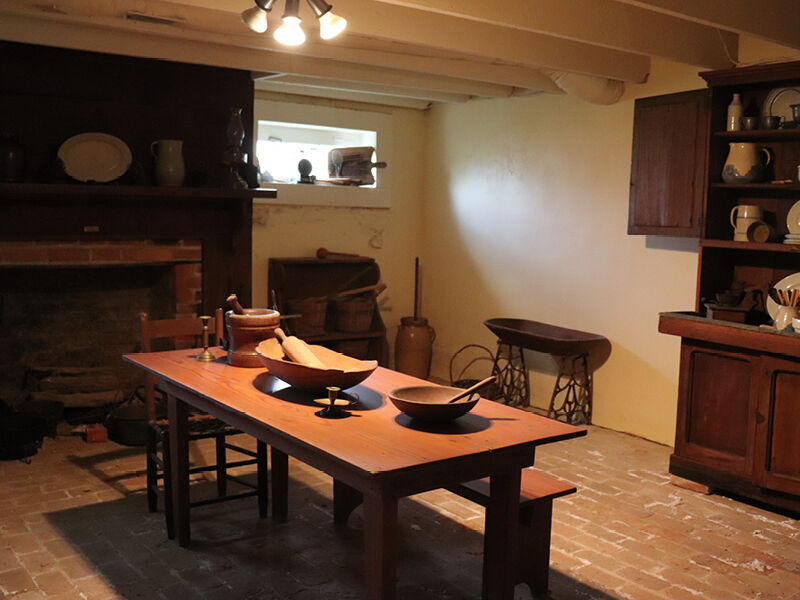 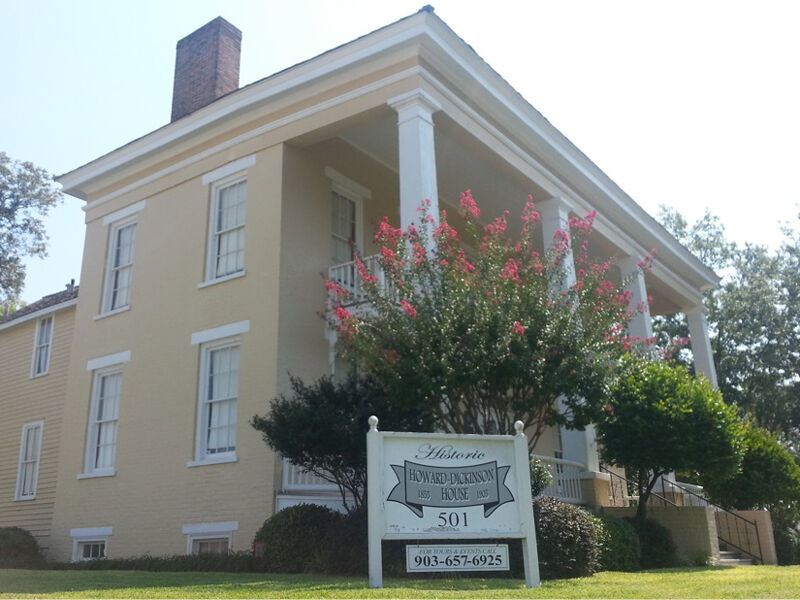 A historical treasure awaits visitors to Henderson, Texas, at the 1855 Howard-Dickinson House Museum at 501 South Main Street. The house bears the names of the two families who lived there during its 165-year history, the Howard family from 1855 to 1905 and the Dickinson family from 1905 to 1950.

The house fell into disrepair after the Dickinson family left, until the Rusk County Heritage Association purchased it in 1964 and began extensive restorations. Today, the association curates it as a living museum and a significant part of the county’s history.

The house is historically significant due to its construction and hospitality. It is the first brick house in the county and the first in Henderson reinforced with steel. In 1967 the association opened it as a museum. In 1968 it won a Texas Historical Medallion and status as a Texas historic landmark.

Texas statesman and former president Sam Houston frequently stayed at the home. Houston was a cousin of Martha Ann Howard, who married Dave Howard, one of the home’s builders. The Howards later constructed seven downtown Henderson buildings, including the former Rusk County Courthouse, which served the county until 1929.

The museum features the goat skin campaign trunk Houston used to store his personal belongings during the Texas revolution. The trunk is the same one pictured in the painting, The Surrender of Santa Anna by William H. Huddle, which now hangs in the Texas State Capitol Building in Austin.

A Vision of the Past

The museum offers a picture of how people lived 165 years ago, long before modern conveniences like indoor plumbing and electricity. A well behind the house supplied running water. Two chimneys, at opposite ends of the house, supplied heat to the basement and two upper floors. Chandeliers now wired with electricity still have pull cords that lower for lighting.

Originally red brick with white trim, the two-story home elegantly displays a variety of relics, artifacts, and furniture from antebellum life. Some are original to the home, but many others are donations from local residents. Furnishings include many items from the pre-Civil War era.

One notable item is a barometer once owned by Reconstruction Judge William Wright Morris. It hangs in the home’s entryway. Another is a graphophone formerly belonging to Millie Kangerga, a merchant from Yugoslavia, who used the device to learn English. A Mason-Hamlin pump organ, purchased by Dave and Martha Howard for their daughter Julia, is one of few original pieces remaining in the home.

Dave Howard and his brother Logan and sister Mary Jane came to Texas through Galveston. The siblings purchased seven and one-half acres from A.J. Smith, the namesake of Smith County who received it as a reward for service in the Texas War of Independence. They built the home there in 1851.

Coming from a family of brick masons and carpenters in Roanoke, Virginia, the Howard brothers’ quality craftsmanship ensures the structure’s durability to this day. The bricks come from clay dug up on site and dried in the sun. Brick walls are four layers thick and reinforced with iron ties. The Howards also hand-planed the mill work, fashioning it in the Italianate architectural style.

With plentiful clay deposits in the region, the Howards built a nearby brick factory along Johnson Creek and fired the bricks in a kiln, which they used to build other lasting structures in downtown Henderson. Brickmaking was one of the first industries in Rusk County. Five of the brothers’ downtown buildings are still standing.

The Howard family used the house’s basement daily, cooking and dining mostly in the north basement, also known as the warming kitchen. They cooked in a large pot over the fireplace. The south basement, or so-called keeping room, was a working area for the women’s ironing, spinning, weaving, sewing, canning, and quilt making. The room features an antique wedding ring patterned quilt stretched across a wide frame.

The house also features a large front balcony on the second floor where the Howards slept on hot summer nights, though it is now off-limits for visitors.

The Dickinsons added four wood-frame rooms behind the original Howard House in the early 1900s. They also added running water and bathrooms, making it one of the first homes in Rusk County with modern conveniences.

After the Dickinson family left, however, the house sat vacant from 1950 to 1964 and suffered vandalism and disrepair. Local businessman Homer Bryce purchased the house and sold it to the Rusk County Heritage Association for $1, with the requirement it be restored.

Ghost Adventures, a series on the Travel Channel, explores rumors of paranormal activities at the Howard-Dickinson House.

Docent-led tours of the two-story brick house and basement are available from the association’s members by appointment. The house is also available for photo sessions and family events. Call (214) 232-1612 or (903) 657-4965 to request an appointment.