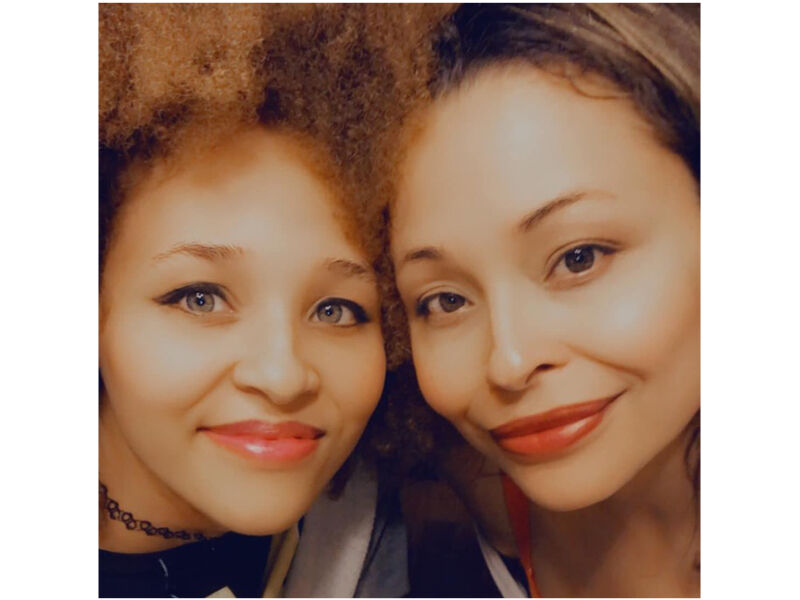 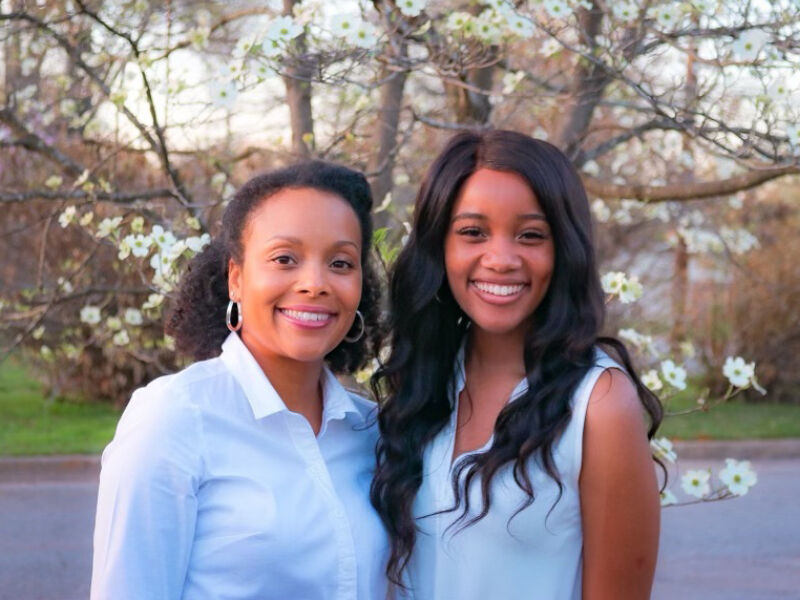 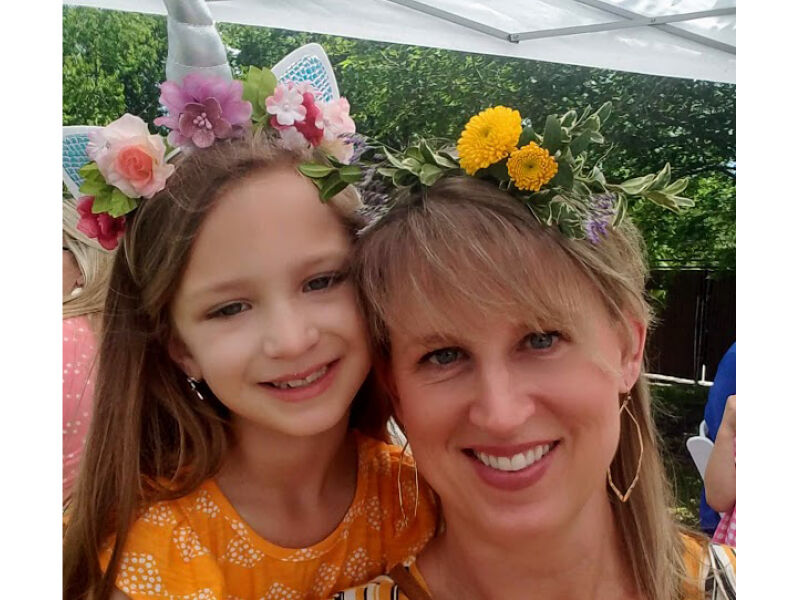 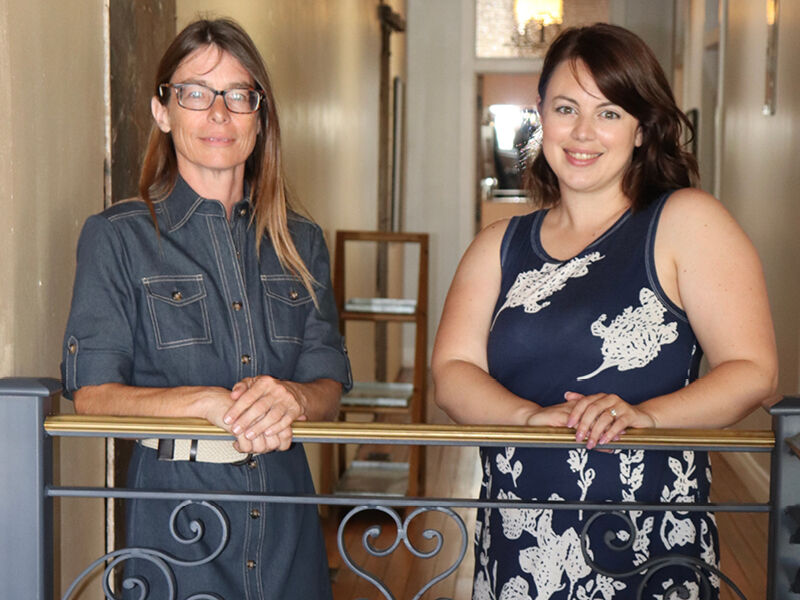 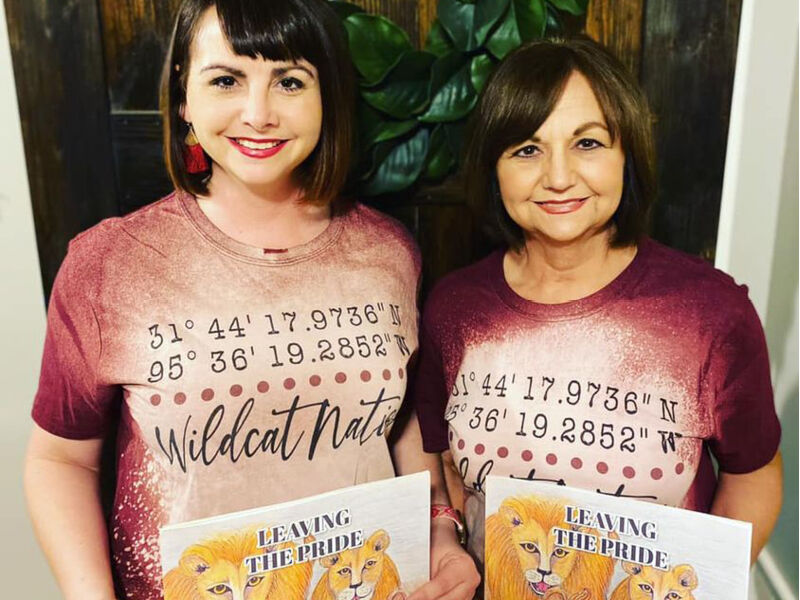 As many moms know, motherhood is a world unto itself. Life sets each woman on a new path the moment she hears her first infant’s cry. Her life changes instantly, becoming forever fuller as she welcomes a new life to the world.

Deep down the mother and baby know they have a special bond. If the child is a girl, the new life they share together may be even sweeter.

Many moms and daughters around the Upper East Side of Texas have positive stories to tell of how they work together, encourage and uplift each other, or simply enjoy doing things together. We’re sharing their stories to celebrate Mother’s Day and motherhood.

Life can be full of struggles for some, but having a daughter who appreciates those struggles can bring great joy.

Ana Hernandez and her daughter Aalia Webber of Lindale study Brazilian jiu jitsu — a form of martial arts. Hernandez recently earned a brown belt after several years of study. That’s a huge accomplishment on its own, but Hernandez is not new to meeting challenges head on.

As a single mom, she struggles to make ends meet for herself and her three kids, who are just entering adulthood. She makes a point of being close to her kids because she had a poor relationship with her own parents.

“My kids are my friends, my confidants,” Hernandez says. “I want my kids to know they can come to me with anything.”

Webber studies music and voice at Tyler Junior College and shares what she learns with her mom because she never had time to take classes. She also shows appreciation by washing the dishes and making lunch for her mom every day.

“I realize what she’s done for me and my brothers,” Webber says. “I feel like she just doesn’t get enough appreciation for it. I wish that other people would appreciate her more.”

Their feelings are mutual. Hernandez also speaks admirably of her daughter.

“She’s become this amazingly talented, strong, beautiful young woman that’s going to take over the universe sometime in the near future,” Hernandez says.

Bethany Browning of Rockwall and her nine-year-old daughter Riley enjoy doing a range of activities together. With Riley now old enough to participate in accompanying mom to work-related events, she’s finding she enjoys doing almost everything her mom likes to do.

As Main Street and Art in Public Places Manager for the city of Rockwall, Bethany often brings Riley to Saturday events such as the farmers’ market, where she finds ways to help by greeting guests or organizing supplies.

“I get to meet new people and I get to go and volunteer,” Riley says.

“I like to go walk with her because we get to talk about a lot of stuff,” Riley says.

Riley recently learned to ski — with lessons and a lot of mom’s patience. It happened gradually as Bethany gently coaxed Riley and skied beside her.

“I just let her decide when we were doing things that day,” Bethany says.

After learning to ski Riley is proud of her new ability and wants to go again.

“She’s a lot like me,” Bethany says. “I was super mature for my age and she is too.”

The Brownings’ story is familiar to many moms who enjoy teaching their daughters new skills and independence. Because they share so much in common, daughters sometimes adopt their mothers’ feelings and preferences while others decide to follow their own paths.

Education is a major focus for Tiffany and her daughter Shasta Carwell — they’ve also learned quite a bit from each other.

When Shasta was in the fourth grade, she went to visit her mom’s classroom after school to wait while Tiffany finished her day’s work at Westwood Elementary School in Palestine.

“She has really been a front-row witness to my educational journey,” Tiffany says. “I decided to go back and pursue an associate’s degree when she entered public school.”

Tiffany pushed Shasta to earn higher grades and achieve as she grew older. Eventually, as Tiffany’s career in education advanced — with a master’s in special education and a promotion as Director of Special Programs for the district — Shasta also began focusing on a future career, deciding to become a broadcast journalist.

Tiffany always made it clear to Shasta she was her mom, especially when her only daughter began outgrowing her in height.

“I would always tell her, ‘I’m not your little friend,’ Tiffany says.

Admiring her mom’s achievements, Shasta developed strong study skills. Right after Tiffany finished her second degree at the University of Texas at Tyler in 2016, it was Shasta’s turn to enroll.

“I would definitely call her a power house woman,” Shasta says. “She’s always inspired me to just take on more than what I thought I could.”

Last year Shasta completed a bachelor’s degree in mass communication at UT Tyler then re-enrolled in the master’s of business administration program. Her decision to move home to Palestine has been challenging, however because she is having to rethink the career she had set her mind on for so long.

“I was going to be the next Oprah Winfrey,” Shasta says.

Instead she’s experiencing another side of education as a fourth grade teacher.

At 22 and 40, the Carwells are close enough in age to be mistaken for sisters — even though Shasta is not sure if Tiffany sees her as an adult.

“I think she kind of sees me as an adult,” Shasta says. “When I come home and talk about my [teaching] job, I’m talking to somebody who understands. That adds a different aspect to our relationship.”

Some moms are grateful to have their daughters around because they’re simply the best help available.

Meghan Dwyer Rogers is her mom’s right-hand woman at the family’s ranch in rural Delta County, where the bucolic lifestyle may seem peaceful and relaxing.

That’s not the case for Jen Dwyer and her daughter, however. The mom and daughter team own and operate two businesses — a bed and breakfast in Cooper known as The Emma Grace and BTF Ranch that sells cattle and grass-fed beef.

The tasks and responsibilities required of the family’s two businesses are seemingly endless, yet provide a busy lifestyle in which they both thrive.

“There’s a constant communication, a constant dialogue for both businesses,” Jen says.

“It’s beneficial to us to always be in motion.”

While Jen performs outdoor tasks around the ranch, Meghan works behind the scenes paying bills and ensuring things run smoothly. Their bed and breakfast business recently achieved a 10-star rating on the travel platform Expedia.

Aside from accommodating guests and hosting events in the bed and breakfast’s event space on weekends, the pair also have many responsibilities at the ranch, such as selling beef at local farmers markets.

With so much to do, they say their background as mom and daughter allows a higher level of trust that boosts their communication and performance.

“I really feel like we’re a good team,” Jen says. “We’re always able to circle around and still remain friends as mother and daughter and as confidants.”

Rogers enjoys the constant activity. “I really like it because I’m not stagnant,” she says.

When Rogers was growing up, Dwyer was always around.

“Any time we took on a project we always did it together,” Rogers says. “We’ve always had a strong dynamic within the family. We’ve just changed the workload.”

Rogers lived in Boston in 2018 when Dwyer opened The Emma Grace but moved back to Texas a year ago just before the birth of her son D.J.

After 15 years of experience working for other employers, Rogers says she prefers working with family.

“You have a built-in relationship that helps move you forward,” she says.

Adult daughters lucky enough to share experiences with their moms also know that time spent together is precious. They cherish past experiences and memories while forming new ones.

Brenda Lee of Henderson and Shelby Lee Perry of Palestine recently collaborated on a children’s book together.

Perry has always admired her mom’s artistic ability. While growing up she learned to love reading picture books and doing art projects from her mom, who taught for Henderson schools.

When she wrote her own book last year, Perry couldn’t imagine asking anyone else but her mom to illustrate it. Perry is a preschool teacher and wrote the book to explain the family’s move to a new town to her kids. At the time her son and daughter had mixed feelings about leaving their home, school, and friends in Henderson and moving to Palestine.

“I wrote [the book] for them so I could have something that would speak my heart to them,” Perry said.

However when Perry proposed the project, Brenda at first doubted her own ability. She had not practiced art for years.

“It was a challenge. I had never illustrated a book before and I was out of practice,” Brenda says.

Despite her doubts, Brenda decided to brush up on her skills and take the opportunity to work on the project with her daughter.

Leaving the Pride tells about the Perry family’s move from Henderson to Palestine, where they would lead a new church. Brenda depicted the members of her daughter’s family as lions — Henderson’s mascot.

The book helped Perry’s children through their transition. Moreover the process of illustrating the book became an opportunity for both to share a new experience.

With the book completed and published, Brenda says she is looking forward to collaborating with her daughter on more projects, maybe a book about one of the family farm’s animals.

The possibilities for new experiences are endless.