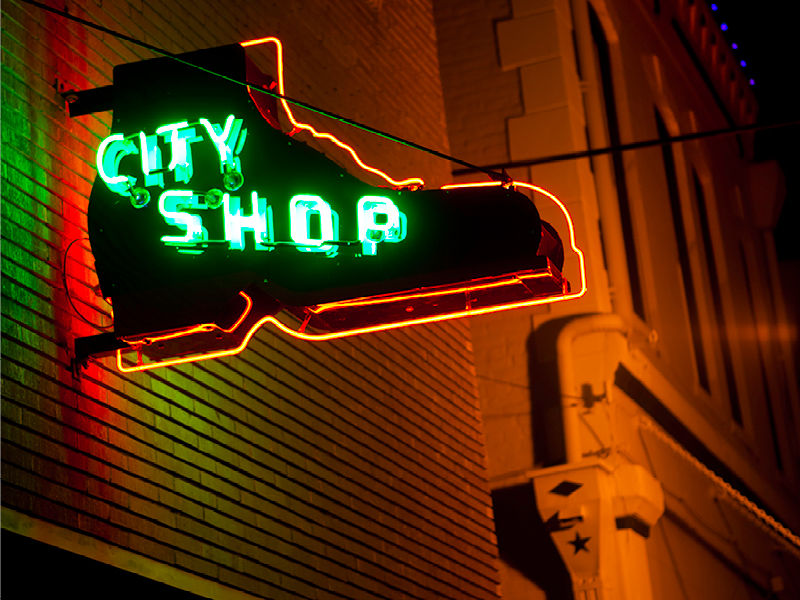 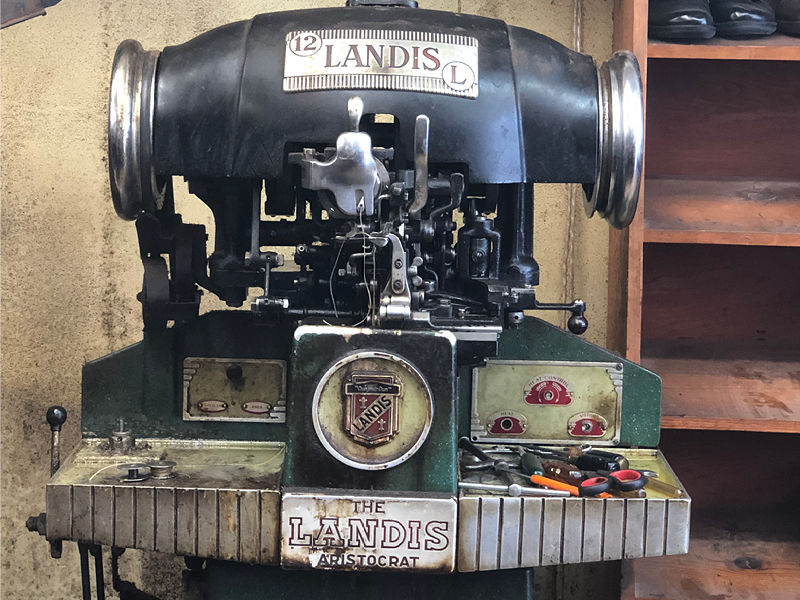 Walking into City Shoe Shop is like taking a step back in time.  The scent of new leather permeates the air and the clickity-clack, clickity-clack of the sole adhesive machine takes visitors to a place not commonly experienced in today’s world with online and large store shopping.

There are no shortcuts taken in the shoe repair process here. Historic Downtown Palestine’s City Shoe Shop has been in operation for more than 75 years.  Owners Sandra and Robert Lane joke that Robert might finally be done with his apprenticeship after practicing under his father for more than 50 years.

A family businessman, Robert has worked with his dad at the shoe shop his entire life. Up until his father’s passing at more than 90 years old, his dad would tell his friends that Robert just might be ready to cobble on his own.

Most of the equipment in the shop is from the 1940s, and Robert said they purchased several of the machines used at that time.

Old-fashioned shoe repair is truly a lost art, and City Shoe Shop is one of few locations in East Texas that does it right. Customers come from miles around to have Robert repair their shoes or just to experience this rare process.

Last year, Robert was diagnosed with cancer and had to take time off from the shoe shop for the majority of the year.  When he came back from recovery they didn’t know how to get the word out that they were open. By recommendation from his son, they just turned on the sign. By that very afternoon, people were bringing bags full of shoes for him to fix.

Robert is now cancer free and the community could not be happier, not just for the sake of their beloved shoes, but because the Lanes and their City Shoe Shop are irreplaceable.