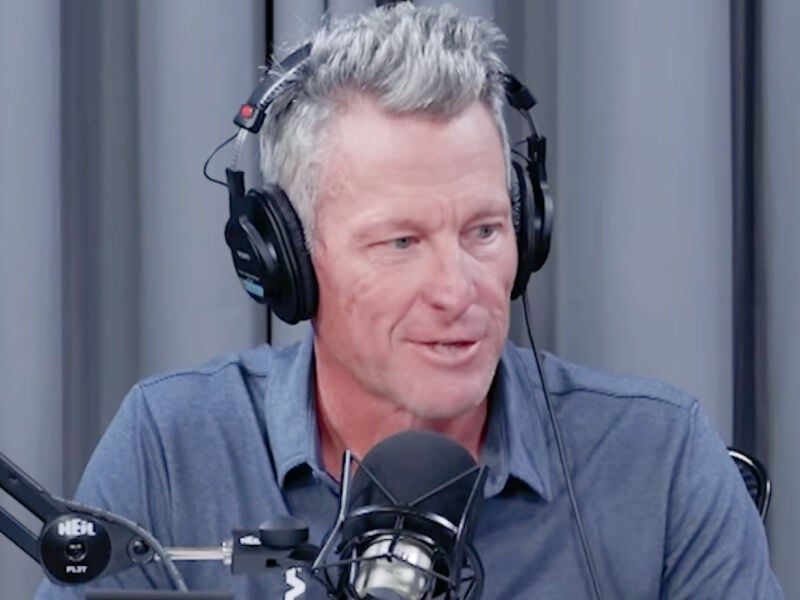 Lance Armstrong speaks on a recent podcast on the WEDÜ network. 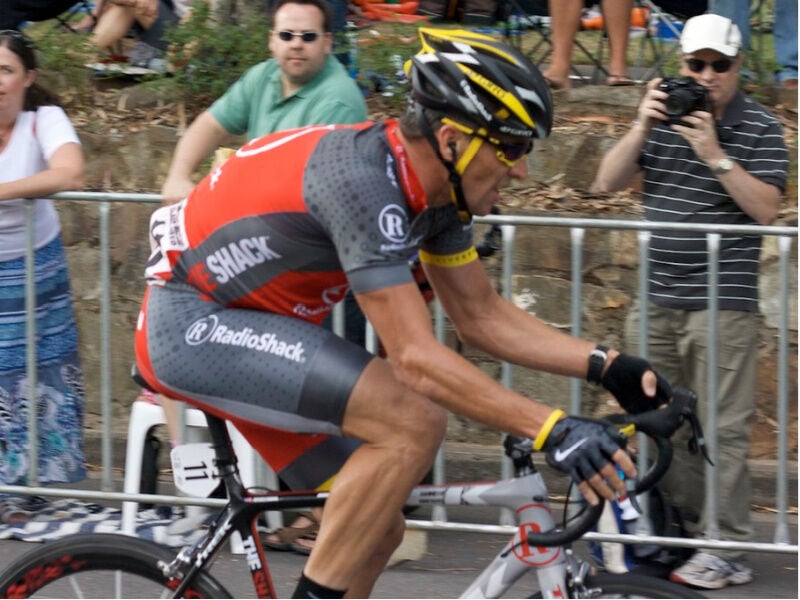 Lance Armstrong was born September 18, 1971, and raised in Collin County near Dallas. He stands out from many former athletes as a world-famous cyclist and cancer survivor. Armstrong’s story of overcoming cancer and rapid return to professional cycling inspired millions worldwide to defeat the disease. However, many fans felt betrayed after his public admission in 2013 of using performance-enhancing drugs.

At 50 Armstrong lives in Austin with family, owns cycling-related businesses — including a multi-million dollar podcasting and event production company — and continues to raise money for cancer research and patient care.

His story started in Plano, the upper middle-class suburb north of Dallas known for its competitive culture. He competed on the cross country team at Plano East High School and graduated in 1989.

After winning a nationwide amateur cycling race in 1991, Armstrong entered professional cycling and won his first title in 1993. However his career almost vanished at age 25 when doctors diagnosed him with advanced testicular cancer. The cancer metastasized throughout his body and threatened his life but he fought hard to overcome it.

“I intend to beat this disease, and further I intend to ride again as a professional cyclist,” he told ESPN when announcing the diagnosis in 1996.

After a final round of chemotherapy in December, Armstrong returned to cycling, becoming a symbol of hope for millions worldwide. In 1997 he established the Lance Armstrong Foundation, a nonprofit advocating for cancer patients and research.

Armstrong achieved world renown when he won the Tour de France in 1999, just two years after overcoming the disease. Widely considered the world’s most difficult and most prestigious cycling race, the annual Tour de France consists of a challenging series of time trials and racing stretches — sometimes through mountains — for 21 days in July. Armstrong won the Tour de France seven consecutive times between 1999-2005 with the US Postal Service and Discovery Channel racing teams.

Several years later some former members of the USPS team came forward and admitted to doping during Tour de France competitions. With the new evidence, the US Anti-Doping Agency accused Armstrong of doping and trafficking drugs during his cycling career. Judges stripped him of all seven titles in 2012 after he failed to deny the allegations.

In a 2013 interview with Oprah Winfrey, Armstrong admitted to taking performance-enhancing drugs throughout his professional cycling career. He said he owed many apologies.

“I'll spend the rest of my life trying to earn back trust and apologize to people,” he said during the notorious interview on Oprah Winfrey Network.

A 2020 documentary on ESPN’s 30 for 30 series titled Lance reviews Armstrong’s career, laying bare his desire to win at all costs, his conflicts with other cyclists, and the controversy surrounding his long-time denials of doping.

Armstrong and his family now live in Austin, where he owns two businesses, a coffee bistro named Juan Pelota Café and a bike shop, Mellow Johnny’s.

He’s also building a media and event organizing platform known as WEDŪ (pronounced “we do”), which proclaims the serious mission of motivating and challenging athletes to personal levels of peak performance. Armstrong stars on two WEDŪ podcasts, The Move and The Forward, which put on cycling and racing events in Texas and Colorado.

“We believe that the true path forward is forged by breakthroughs of body and mind,” the program’s website states.

Though Armstrong is still remembered for lying about doping during his competitive years and the disgrace of being stripped of his professional racing titles, many still recognize his positive achievements. His story continues to inspire those with cancer to beat the disease and his work motivates others to participate in cycling.

The Lance Armstrong Foundation changed its name to Livestrong in 2012. It has since raised more than $500 million and offers help and hope to millions struggling to overcome cancer. Although no longer associated with the foundation he started, Livestrong credits Armstrong with its direction.

“Lance’s devotion to serving others whose lives are irrevocably changed by cancer, as his was, is indisputable," the organization’s website states. "Livestrong continues his legacy of advocating and fighting for those people who are affected by cancer.”