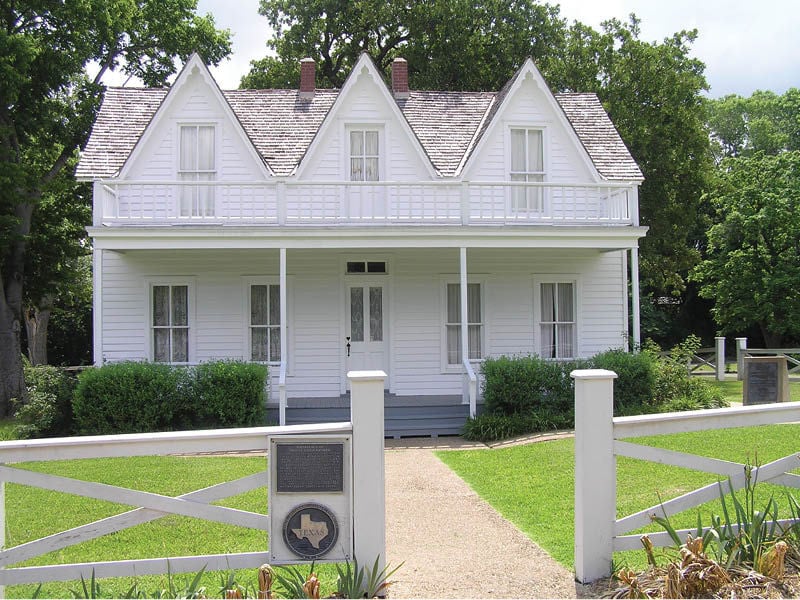 Located in the heart of Denison, Eisenhower Birthplace State Historic Site showcases the home where the 34th U.S. President Dwight David “Ike” Eisenhower was born in 1890. Antique furnishings fill the modest frame house, illustrating the working class life of the Eisenhowers. The visitors center celebrates Ike with memorabilia and exhibits featuring his many accomplishments as president and war hero. 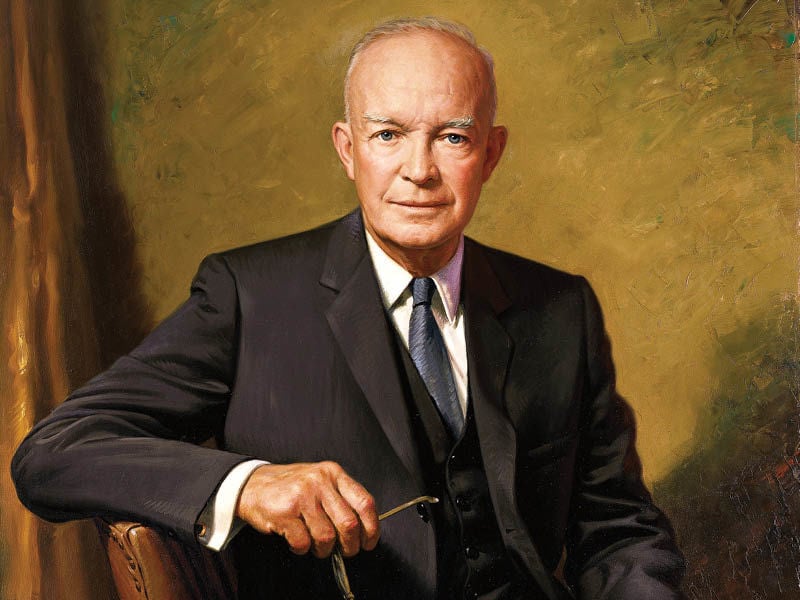 Located in the heart of Denison, Eisenhower Birthplace State Historic Site showcases the home where the 34th U.S. President Dwight David “Ike” Eisenhower was born in 1890. Antique furnishings fill the modest frame house, illustrating the working class life of the Eisenhowers. The visitors center celebrates Ike with memorabilia and exhibits featuring his many accomplishments as president and war hero.

Organizers in Denison, Texas, which is where Dwight D. Eisenhower was born; Abilene, Kansas, where he grew up, and Gettysburg, Pennsylvania, where he and his wife Mamie lived, are all three working together on an Eisenhower Legacy Trip May 4 through 9. This trip culminates at the unveiling of a new memorial in Washington, D.C., in honor of the United States’ 34th President.

These three communities unite for a special week of celebrating their common former resident. Participants will explore “Ike-sites” throughout Washington, D.C. and Gettysburg.

Eisenhower was born October 14, 1890 in the bedroom of a two-story house in Denison. His father, David Eisenhower, brought his family to Denison from Kansas in 1889 to pursue a new life in Texas working on the railroad. They did not live in Texas long, moving back to Kansas in 1892.

Before he was president, Eisenhower’s successful military career through three decades, and his actions and achievements through service to his country, made him extremely popular and well-known. At the end of 1945, he returned to Washington D.C. as a five-star general and became the chief of staff of the Army.

The community of Denison was very proud of General “Ike” Eisenhower. People there, including school-age children donating their money, worked together to acquire his birthplace home in 1946. He was hailed as a hometown hero when he came back to visit that same year for a dedication of the birthplace. He was served breakfast in that house, and he was honored with a parade and dedication ceremony.

In his speech at this dedication, he expressed how deeply appreciative he was for all that the city had done for him by acquiring and fixing up the house and by honoring him with the special celebration. He also pointed out that all members of the military deserved such a welcome home for their service and sacrifice.

Eisenhower returned to Denison again on a presidential campaign trip in 1952 before beginning his presidency which ran from 1953 through 1961.

The Eisenhower birthplace became a state park in 1958 while he was president.

He made his final visit in 1965 to dedicate the Eisenhower Auditorium at Denison High School (now Scott Middle School).

Denison Main Street has erected a 16-foot-tall bust of the former president and five-star general on a five-foot-tall stone pedestal. This statue is the centerpiece for the Eisenhower Veterans Monument in Denison, and it is flanked by five 35-foot-tall flagpoles. Each flagpole represents one of the five branches of military service. Personalized engraved bricks pave the surrounding area, featuring the names of veterans and their service to the country.

Denison Main Street Director, Donna Dow, says it is important to honor the town’s most famous son, and the city is working on doing so at several places in town, including a recently painted mural on the corner of Burnett and Chestnut. The mural, a portrait of Eisenhower along with his quote, “What counts is not necessarily the size of the dog in the fight – it’s the size of the fight in the dog,” was painted by another Denison native, Steven Bohall.

Denison City Councilman, Brian Hander, was instrumental in getting the mural of Eisenhower done. He says, “It’s good for us to honor Eisenhower. He was a great president, he was born here, he came back to Denison several times. It’s cool to see him in another place other than the birthplace, bringing him into downtown.”

Dow says the city is also working on an Eisenhower Trail, a way to show visitors to the area more about him, and to make their visits even more enjoyable. It will show the parade route that he rode in and will highlight locations he visited.

Regarding the upcoming legacy trip, Dow says, “Each of the [three] cities will be sending a delegation in remembrance of the way Denison sent a delegation to the president’s inauguration when he went to Washington, D.C. 75 years ago.”

Dow also said they are working with Mary Jean Eisenhower, the former president’s granddaughter. She now lives in Abilene, Kansas, and has visited Denison a couple of times fairly recently.

Dow says, “She is very supportive of our community. We asked her to take part in this. She was excited to guide us through the President’s farm, the place where she has many great memories from a child.”

A tour of the Gettysburg home and farm is a day trip scheduled by motorcoach during the legacy trip activities.

The legacy trip to Washington and the Eisenhower Trail are only a couple of ways that Denison leadership, citizens, and students are lovingly working to honor the memory of a man they are proud to call their own.

To see the schedule and information for the Eisenhower Legacy Trip, visit www.eisenhowerlegacytrip.com.

The Eisenhower Birthplace State Historical Park is at 609 S. Lamar Avenue. It is open 9 a.m. to 5 p.m. Tuesday through Saturday and 1-5 p.m. on Sunday. For guided tours and more information, go to visiteisenhowerbirthplace.com or call (903) 465-8908. The Eisenhower Veterans Monument is located at U.S. Hwy. 75, Exit 67.