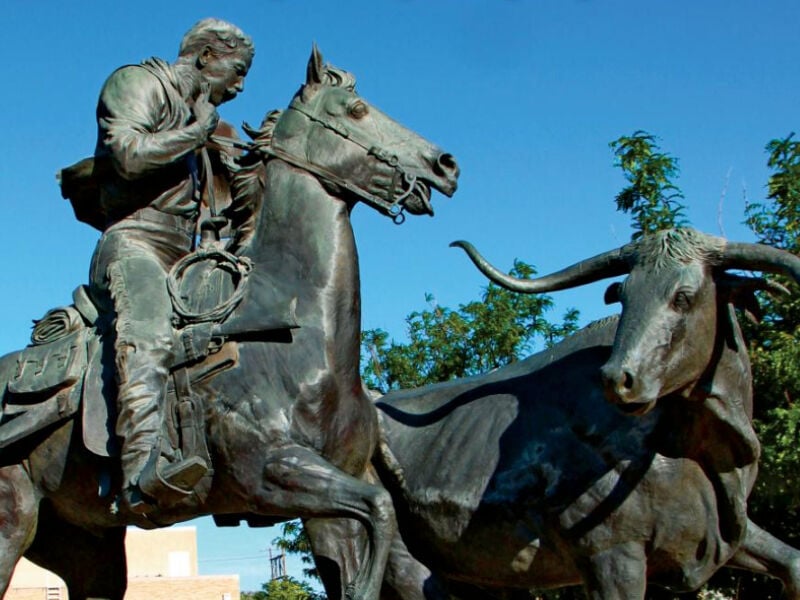 A statue of John Chisum stands in Roswell, New Mexico, where he moved longhorn herds from Texas in the mid 1800s. 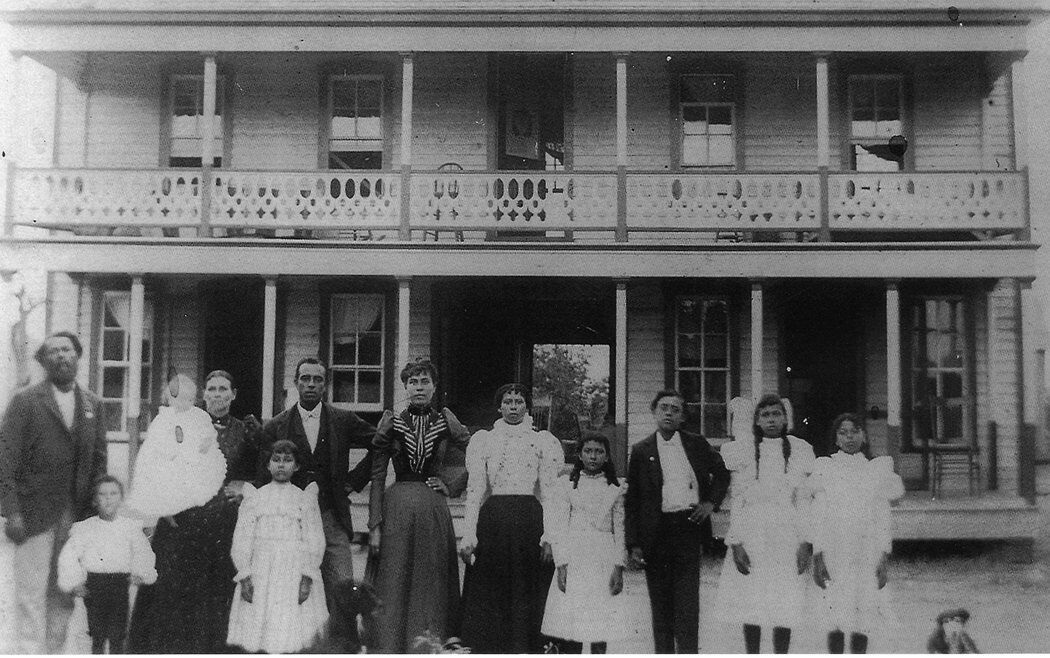 Bob and Almeady Jones and their 10 children at their home. 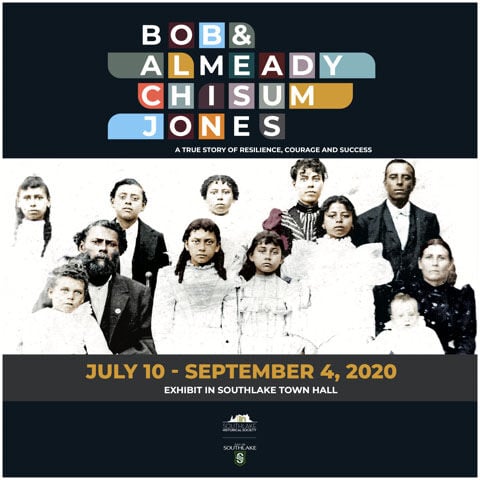 Pioneer cattle baron John Simpson Chisum was born August 16, 1824, in Tennessee. His family moved to Red River County, Texas, when he was a boy. His father, Claiborne Chisum — a public-spirited and wealthy man — was probably the earliest settler in Paris, Texas.

As a teenager John found work as a store clerk in Paris and a building contractor. He later served briefly as a road overseer in Hopkins County, accumulated land, operated several small grocery stores, and served as the County Clerk for Lamar County from 1852 to 1854.

Chisum went to work for a large rancher as a cowboy in 1854 and soon started developing his own herd. By the early 1860s, he had more than 100,000 head of cattle and became one of the first to send his herds into New Mexico. He started a ranch there in the Bosque Grande, about 40 miles south of Fort Sumner.

During thee years, Chisum provided a home in Bonham, Texas, and financial support, for two daughters he had with former slave Jensie.

In 1875, he purchased the 40 acre South Spring Ranch, three miles south of Roswell, New Mexico, and made it his headquarters of a cattle ranching empire that extended for 150 miles of land along the Pecos River.

Chisum became involved with New Mexico's Lincoln County War, a conflict between rival cattle barons, that involved the notorious Billy the Kid. Nineteen people were killed in this war and a new governor was appointed to try to clean up the mess.

Though Billy the Kid and Chisum supported the same side in the bitter struggles of the Lincoln County War, the two started feuding when Billy thought Chisum owed him money for his part in the war and Chisum did not agree. In retaliation, Billy, along with his gang of “Rustlers,” began to steal Chisum’s cattle.

In 1880, Chisum supported the election of Pat Garrett as Lincoln County Sheriff, who he believed could stop the cattle rustling problems in the area. Chisum was right, and in December Garrett shot dead gang members Tom O’Folliard and Charles Bowdre. Soon afterward, Billy the Kid and some of his men were captured. Billy was able to escape, but Garrett tracked him down to Fort Sumner, New Mexico, where he killed him on July 14, 1881.

In 1883, Chisum discovered a tumor on his neck and the next year, traveled to Kansas City for treatment. His tumor was removed and he returned to New Mexico. However, his health continued to deteriorate and he then traveled to Eureka Springs, Arkansas, to partake of the “healing waters.” But, the tumor returned and grew larger.

On December 22, 1884, he died of cancer in Eureka Springs. His body was returned to Paris, Texas, where he was buried in the Chisum Family Cemetery. He left an estate worth $500,000 to his brothers Pitzer and James.

His story is portrayed in film with John Wayne playing him in Chisum (1970) and James Coburn played him in Young Guns II (1990). He's portrayed as a supportive character in numerous other movies and television shows.

In 1958, he was inducted into the Hall of Great Westerners of the National Cowboy & Western Heritage Museum.

A semi-biographical story — Miss Chisum: A Colorful 19th Century Texan Romance —by Russ Brown was published in 2019. It covers more of Chisum's life including the personal story of Jensie, his common law wife, and their two children. Much of it is told by Jensie and Chisum's granddaughter, Eugie Thomas, in 1970, when she was 84 years old. According to Brown, she saw the movie Chisum and wanted to share a fuller picture of their lives.

Eugie's mother was Almeady Chisum, John's youngest daughter. Eugie's father, Bob Jones, was a successful rancher for whom Southlake, Texas' largest park, a road, and the city's nature center and preserve is named. Learn more about this remarkable family and the descendants of John and Jensie Chisum at an exhibit that opened July 10 and runs through September 4 in Southlake Town Hall and Southlake Library called "Bob and Almeady Chisum Jones: A true story of resilience, courage and success." Go to www.southlakehistory.org for more information.