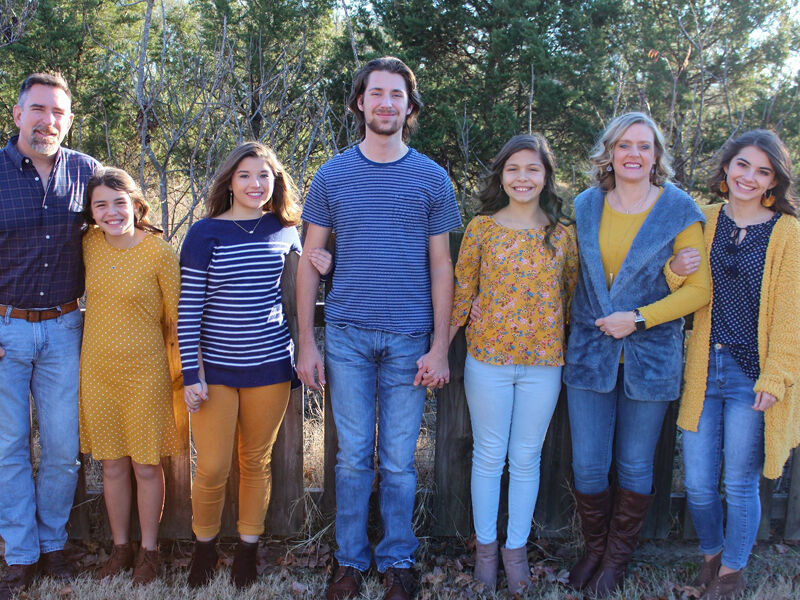 Jeff, Blanca, Eden, Aaron, Anna, Christi, and Alicia enjoy spending time with each other in their large family. 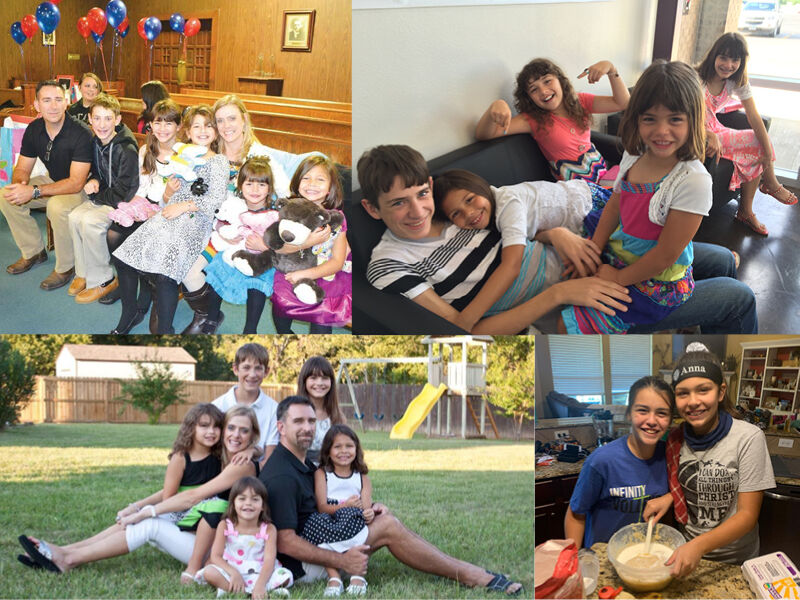 The Sowell family doubled its size in 2013 when they adopted four sisters living in foster care.

Jeff, Blanca, Eden, Aaron, Anna, Christi, and Alicia enjoy spending time with each other in their large family.

The Sowell family doubled its size in 2013 when they adopted four sisters living in foster care.

Years ago, when Christi and Jeff Sowell began talking about a future together, they decided they wanted a large family. Christi grew up with a brood of six brothers and sisters. Jeff, who has one brother, enjoyed Christi’s large family so much that he wanted the same for his own children someday.

With big hearts and dreamy eyes, the young couple discussed the possibility of adopting children, agreeing it was something they both wanted. After tying the knot, the Sowells expected to plunge into the full-time life of parenting.

Proud and happy with their first child, Aaron, they waited for more to come. However, as Aaron approached the sixth grade and Christi approached 40, their initial thoughts about adoption returned. Both thought Aaron needed to be part of a larger family.

“I saw Christi’s family, and I gotta say I was jealous,” Jeff says. “I was wanting [Aaron] to have some siblings.”

When learning about adoption, the Sowells decided a sibling group could quickly increase their family size while helping foster children cope with emotional trauma. Adopting a sibling group involves keeping biological children together, preserving what’s left of their biological family.

“I knew there were kids that needed good parents,” Jeff says. “That seemed like something we could do something about.”

They also learned that foster kids come with lots of issues and adopting four at the same time could mean four times as much trouble.

“Most people don’t want to take in four children. There are lots and lots of sibling groups in foster care, and many of them age out of the system,” Christi says. “That’s why we ended up with four.”

The Sowells met with a few sibling groups before meeting Alicia, Eden, Anna, and Blanca, four sisters in foster care, hoping to be adopted by the same family.

“When I saw these girls, I thought, ‘those are mine,’” Jeff says.

Jeff works in Information Technology for Austin Bank in Longview. Nowadays, he’s busy at home too playing board games, fixing toys or shoes, or practicing volleyball with the kids.

Jeff says being the girls’ dad is a rewarding experience.

“We get to be a part of their lives, and they don’t go through foster care and age out of the system,” he says.

Now 19, Aaron studies kinesiology at Tyler Junior College and shares an apartment with a roommate but enjoys coming home to visit family on the weekends. He enjoys having a bigger family and says he had fun growing up with four sisters.

“They’re all really loving, and they really needed us,” he says.

Alicia, the oldest sister, was nine when she became part of the Sowell family; Blanca, the youngest, was only four.

At 17, Alicia is a senior at Whitehouse High School. She plans to study graphic design at the University of North Texas in Denton next year, where she hopes to earn a scholarship. She’s already putting her design skills to work in her job decorating cakes and cookies at the Great American Cookie Company in Tyler.

Alicia appreciates being able to grow up with her younger sisters.

“It was 10 times more stressful on my parents, but I’m glad that’s the way things turned out,” she says.

Alicia says her younger sisters sometimes get on her nerves, but she enjoys playing video games, watching TV with them, and driving them places as they listen to music.

Only four years old when she was adopted, Blanca is now in the sixth grade. She enjoys learning about science and playing volleyball. Her favorite thing to do is talking, especially to her parents.

“I like to talk to them a lot; I like to hang out with them at night,” Blanca says. “They are nice and caring and loving.”

Anna says she would miss her sisters if they weren’t together and appreciates having her parents there when she needs them.

“It’s a really happy feeling to know there’s a family that wants to support you,” she says.

Besides caring for her own adopted children, Christi is a cheerleader and a resource for many other fostering and adoptive families. As Program Director for the Fostering Collective, a nonprofit located in Whitehouse, Texas, she offers a range of services to 50 to 60 families each month.

The Collective works directly with 30 churches and 12 child placing agencies to support more than 300 adoptive and foster families by connecting them with helpful resources. It serves Smith County and a 45-mile radius around, including Anderson, Cherokee, Gregg, Rusk, Van Zandt, and Wood counties.

The agency provides information meetings for families interested in adoption, support groups for parents and children, foster babysitter training and even “wraparound families” — community members who can offer support to foster families, such as preparing meals, babysitting, or lending an ear. They also give away necessary parenting supplies, such as diapers, car seats, and children’s clothing, to foster and adoptive families.

The Collective is tackling broader issues, such as rallying more local families to foster or adopt children. When agencies have to place foster children outside the county where their biological parents live, family visits become more difficult to juggle and arrange.

“There’s a lack of foster families in Smith County. We have 308 kids in foster care and about 150 families,” Christi says. “That’s why it’s important that we rally people in our community [to provide foster care] so kids can visit their families.”

In November, the Fostering Collective is encouraging community members to “Be the Light” in honor of National Adoption Month. Yard signs around the region encourage people considering adoption to attend information and interest meetings.

The Sowells have challenges, just like other families. Their entertainment occurs at home, where the kids play games, or they attend the girls’ sporting events.

Going to movies or eating at restaurants takes up too much of the family budget. The Sowells prefer to set money aside for important things like Aaron’s college tuition and insurance for the teens’ vehicles.

Despite financial challenges, Christi says the rewards of adopting are more than worthwhile. She recently read an essay Alicia wrote for a college application.

“I wept when I read it,” Christi says. “You want your kid to know and value themselves and to know who they are before they go out into this big, bad world, and she got it. She really got it.”

For information about the Fostering Collective, visit www.thefosteringcollective.org. To learn about the Hope Gala, visit www.hopegala.forthesilent.org.