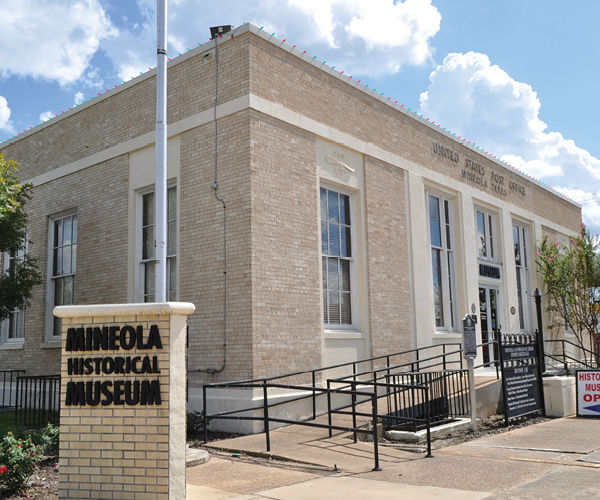 The outside of the Mineola Historical Museum still looks like the post office it used to be. Visitors find many old reminders of how things worked in this railroad town for many years. There's a large mural (opposite page) showing early mail service and other exhibits include information on famous locals in early aircraft industry and the office of Jim Hogg who was a local attorney before becoming governor of Texas. 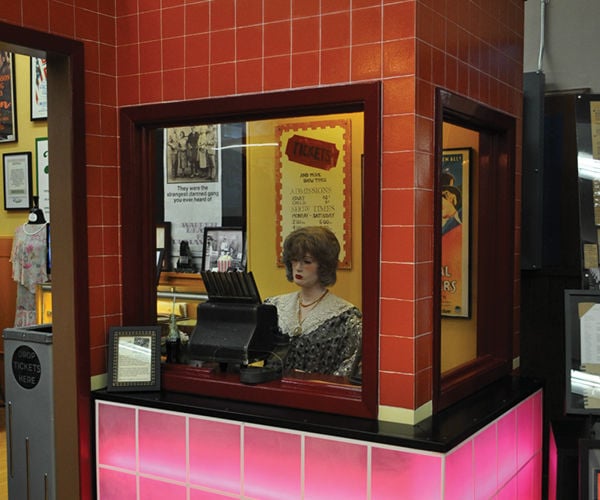 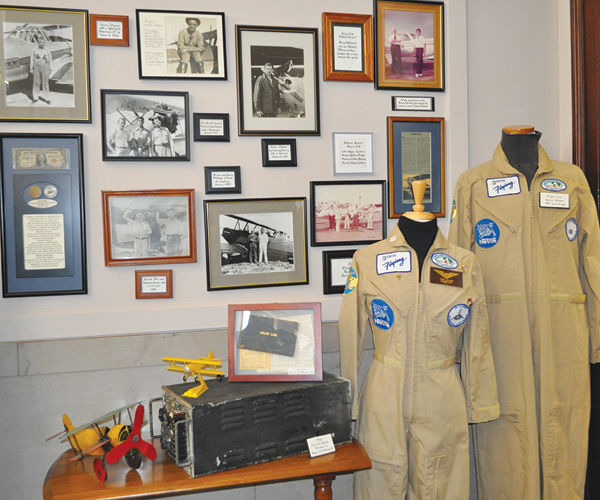 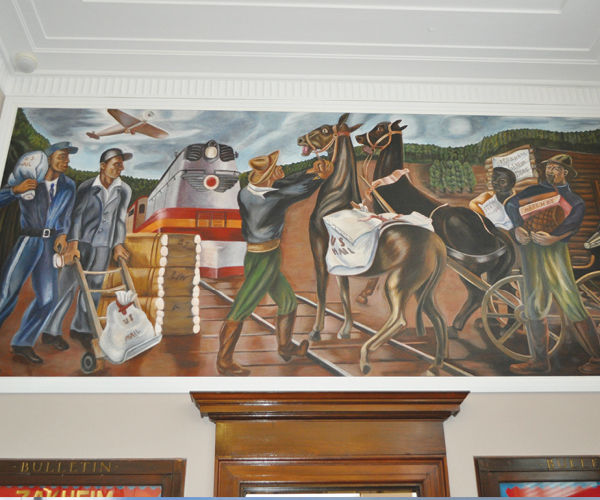 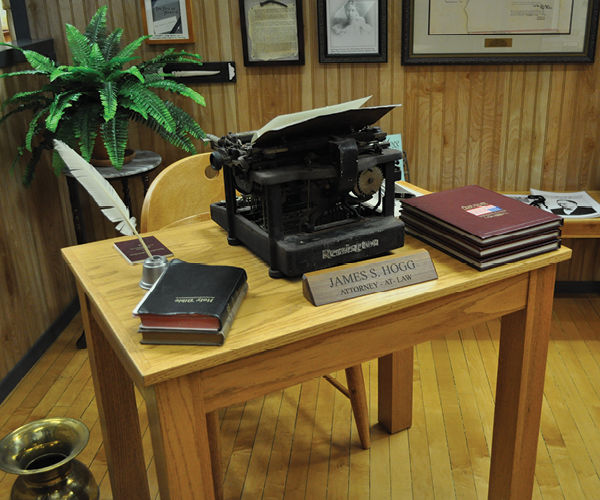 Walking through the front doors of the Mineola Historical Museum guests get an immediate sense of the town’s history and the ghosts of a thriving post office that operated there for more than 60 years. The building was constructed in 1937 and illustrates an example of the simple, symmetrical Depression-era postal facilities designed during that time.

The museum today is packed full of artifacts and memorabilia telling Mineola’s stories. Post office boxes line the lobby walls with beautiful woodwork and painted Local, Air Mail, Special Delivery, and Out of Town labels above the mail slots. A quick walk around the corner presents the back side of some of the post office boxes, where visitors can see where the mail was sorted into the boxes.

There are written descriptions throughout the museum along with its exhibits that tell details that some long-time residents might not even know, and the museum is manned with knowledgeable volunteers who have a love for their job and their city, and who enjoy guiding visitors through the numerous exhibits and answering questions.

One description near the front entrance tells of how the Mineola area was named Sodom at first, after the city in the Old Testament, presumably because of the isolated terrain that flooded often. Then, when two railways were built and met at this point, the railway company that reached the point first won crossing rights and the right to rename the town. It was in 1873 that this happened and it was named Mineola.

When the federal building was first opened, Bernard Zacheim of San Francisco was commissioned to paint a mural named "The Horse and Buggy Give Way to Modern Methods of Mail Transportation" depicting horses as well as a train and airplane. The mural was badly damaged in 1972 during a remodeling project, and Zacheim’s son was brought in to restore it. The mural is still displayed today at the south end of the museum lobby.

Other exhibits here show some railroad memorabilia, military uniforms, and information on locals who have served the country, as well as a section about Mineola’s airport complete with uniforms, an old pilot’s log, and photos and info covering years of the airport’s history.

The museum covers so much of Mineola’s history that it would take a book to sufficiently document everything housed there. From the accomplishments of well-known recording artists and politicians who were originally from Mineola to the years of outstanding service to the community from different residents and families, it is very interesting to see what all the exhibits represent.

One corner of the building is dedicated to Mineola’s Historic Select Theater, which is one of the oldest continuously operating theaters in Texas. It opened as a movie house in 1920 and is still going strong showing current movies and presenting several live theatrical and musical productions each year. There’s also the original ticket booth (depicting movie prices of 40 cents for an adult and nine cents for a child) and some theater seats, playbills, and equipment from the old theater, and the museum houses the Select’s original movie projector. It is amazing to see how large it is and to be able to observe its mechanics up close.

There are exhibits in the museum that fill different rooms telling the history of churches in Mineola, the history of its telegraph office, and a lot of history about the post office and mail delivery as well as the railroad and how its coming to town made Mineola begin to really grow and thrive.

The curators of this museum and city employees and volunteers who work here have found a way to make every hallway, nook, and cranny of space display something of interest and value to the history of Mineola. It is certainly worth spending some time going through it. In fact, visitors and residents alike should plan to schedule more than one trip because it is practically impossible to see everything in one pass through.

The Mineola Historical Museum is located at 114 N. Pacific Street (Hwy. 69) just one block north of Broad Street (Hwy. 80). People passing through town might think the building is still a post office, with United States Post Office still written above the doors and the American flag flying on the corner. In fact, volunteers at the museum say that people often come in looking for a place to mail their letters. However, more observant people will see the museum sign at the base of the flag and the "Historical Museum Open" or "Closed" sign at the base of the steps into the building.

For more information about the museum, call (903) 569-2631 or visit www.mineolahistoricalmuseum.com.