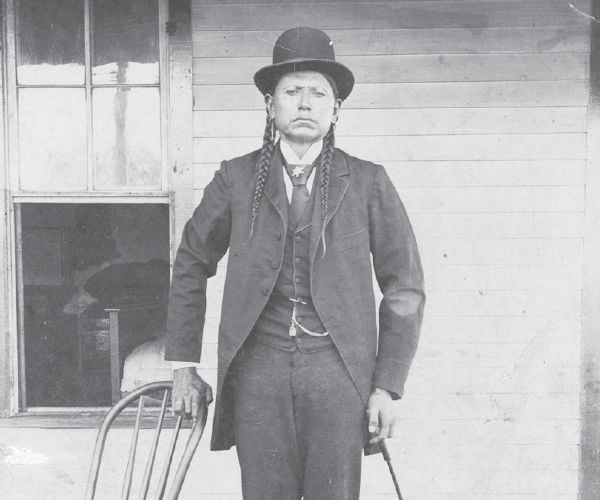 Quanah Parker, 1885, living peacefully among European-Americans while serving as chief on the Kiowa-Comanche reservation in southwestern Oklahoma. Photo courtesy of Museum of the Great Plains. Courtesy photo. 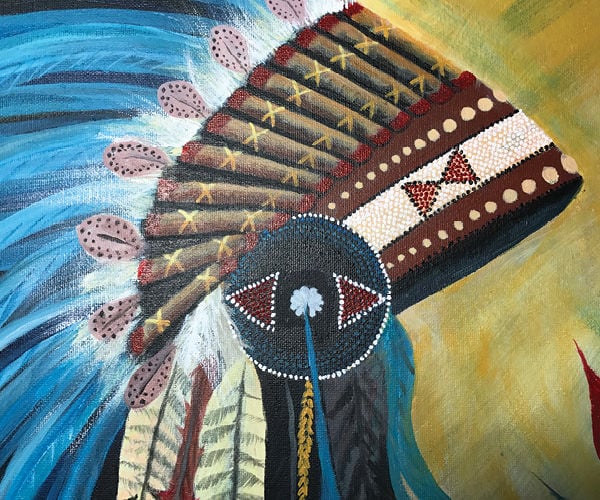 The Texas Lakes Trail Program presents"Quanah Parker: One Man, Two Worlds" in a traveling pictorial exhibit in various locations around the state this year. It depicts the story of Cynthia Ann and Quanah Parker, two important names in U.S. frontier history. The exhibit is scheduled at the Spellman Museum in Forney from August 13 to October 13 and at the Bailey House in Harry Myers Park in Rockwall from August 20 to September 30.

The story starts in 1836 when a Comanche raiding party took Cynthia Ann Parker — about 11 years old at the time — from her family on the headwaters of the Navasota River in Limestone County, Texas. Cynthia Ann remained with the Indians for almost 25 years, forgetting the European-American ways. She married Peta Nocona and had two sons, Quanah and Pecos, and a daughter, Topsannah.

Several attempts where made by family members and others over the years to get Cynthia Ann to return to the European-American culture, but it is said she refused time and time again, not wanting to leave her children.

On December 18, 1860, Texas Rangers attacked a Comanche campsite and Cynthia Ann was among their captors, along with her infant daughter. Thinking her husband and possibly her sons as well were dead, she tried to live with her Parker relatives, but attempted to flee to her Comanche family unsuccessfully several times. Topsannah caught influenza and died of pneumonia in 1863. Cynthia Ann, unable to bear the loss, began refusing food, water, and assistance. She went to live with her brother Silas in Van Zandt County for a while and afterward moved to her sister’s place near the boundary of Anderson and Henderson counties.

She died in March 1871. At her death she was buried in Fosterville Cemetery in Anderson County. In 1910 her son Quanah moved her body to the Post Oak Mission Cemetery near Cache, Oklahoma. In 1957 her body and that of Quanah’s were reinterred in the Fort Sill Post Cemetery at Lawton.

Quanah became the last chief of the Quahada Comanche Indians. He was a major figure both in Comanche resistance to white settlement and in the tribe’s adjustment to reservation life. Nomadic hunter,  warrior, horseman, cattle rancher, entrepreneur, and friend of American presidents, he was truly a man of two worlds.

About 1875, Quanah and his tribe surrendered their independence to the United States military and moved to the Kiowa-Comanche reservation in southwestern Oklahoma.

Quanah adapted better than most to reservation life, so federal agents named him chief. Over the next 25 years he provided his people with forceful, yet pragmatic, leadership. He worked to promote self-sufficiency and self-reliance, supported the construction of schools, and encouraged Indian youth to learn the European ways. He promoted the creation of a ranching industry and led the way by becoming a successful and quite wealthy stock raiser himself. He was an advocate of cooperation with European-Americans and in many cases of cultural transformation. Along with his support for ranching, education, and agriculture, he served as a judge on the tribal court, an innovation based on county tribunals; negotiated business agreements with European-American investors; and fought attempts to roll back the changes instituted under his direction. He also approved the establishment of a Comanche police force, which he believed would help the Indians to manage their own affairs.

Through shrewd investments, including some $40,000 worth of stock in the Acme and Pacific Railway, Quanah became a very wealthy man, perhaps the wealthiest Indian in America at that time. As a testament to his conversion to European-American ways, Quanah was a close associate of several prominent Texas Panhandle ranchers, counted Theodore Roosevelt as one of his friends, and was frequently interviewed by magazine reporters on a variety of subjects, including political and social issues. Yet, for all his efforts to embrace European-American culture, Quanah did not completely repudiate his past or endeavor to force his followers to abandon their traditions altogether. He rejected suggestions that he become monogamous and maintained a 22-room house for his seven wives and numerous children. He refused to cut his long braids. He rejected Christianity, even though his son, White Parker, was a Methodist minister.

Despite his artful efforts to protect his people and their land base, by 1901 the movement to strip the Comanches of their lands had grown too powerful. The federal government voted to break up the Kiowa-Comanche reservation into individual holdings and open it to settlement by outsiders.

For the remaining years of his life Quanah operated his profitable ranch, continued to seek ties with European-Americans, and maintained his position as the most influential person among the now-dispersed Comanches. In 1902 his people honored their leader by naming him deputy sheriff of Lawton, Oklahoma. On February 11, 1911, while visiting the Cheyenne Reservation, he became ill with an undiagnosed ailment. After returning home he died on February 23 and was buried beside his mother in Post Oak Mission Cemetery near Cache, Oklahoma.

At his funeral he was dressed in full Comanche regalia but, befitting his position as a man of two worlds, was reputedly buried with a large sum of money. Apparently robbers plundered his grave four years later.

In 1957 expansion of a missile base forced the relocation of Post Oak Mission Cemetery and the reburial of Quanah and Cynthia Ann Parker in the Fort Sill Post Cemetery at Lawton, Oklahoma. On August 9, 1957, Quanah was buried with full military honors in a section of that cemetery now known as Chief’s Knoll.

Native American artwork by three local artists is part of the exhibit in Rockwall including this piece by Susie Varner.