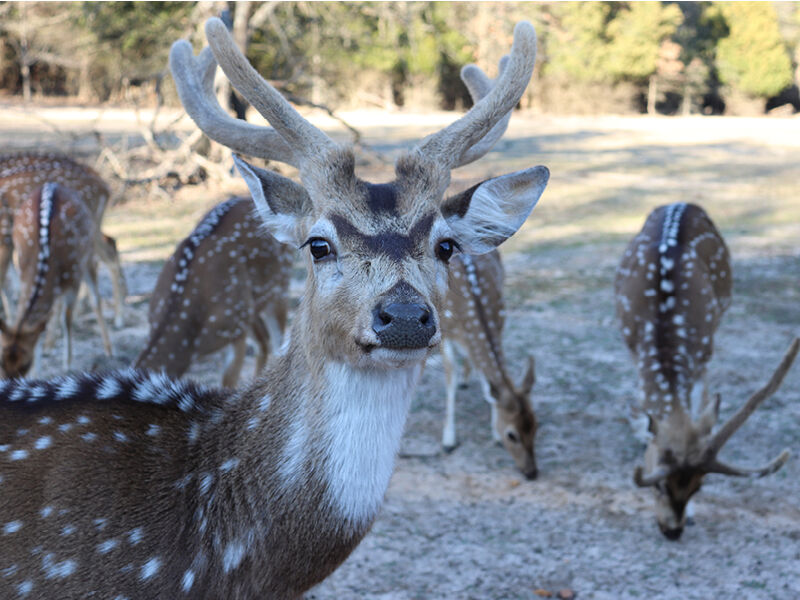 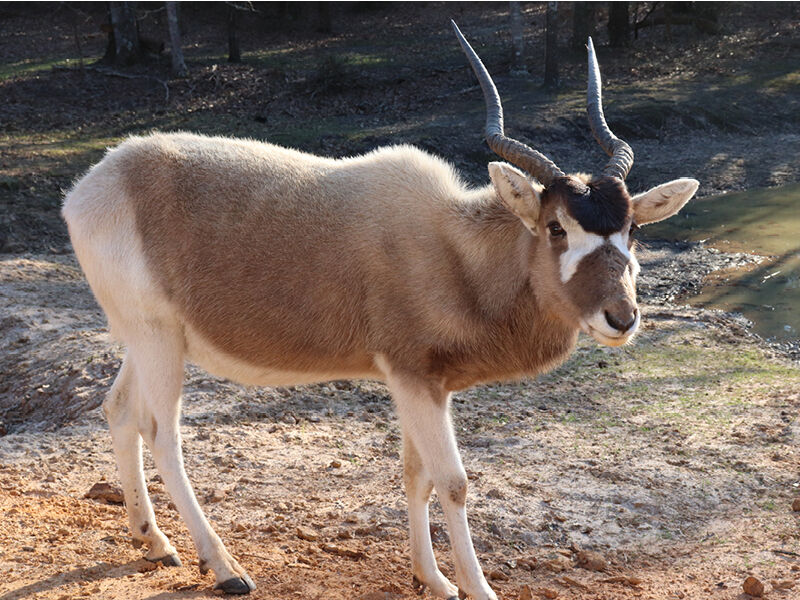 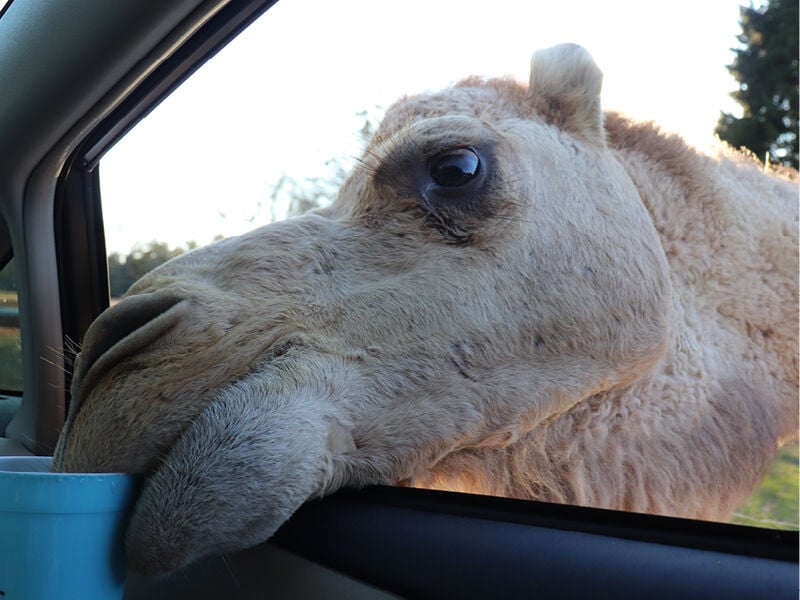 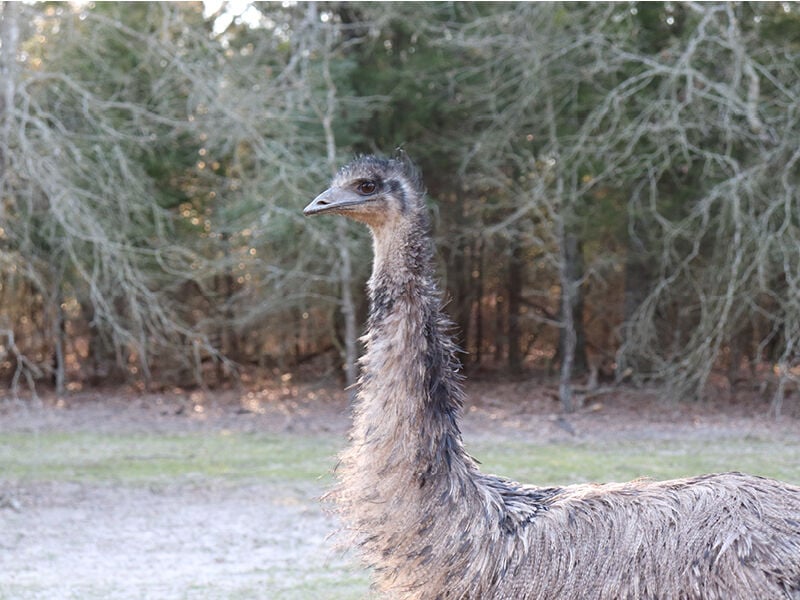 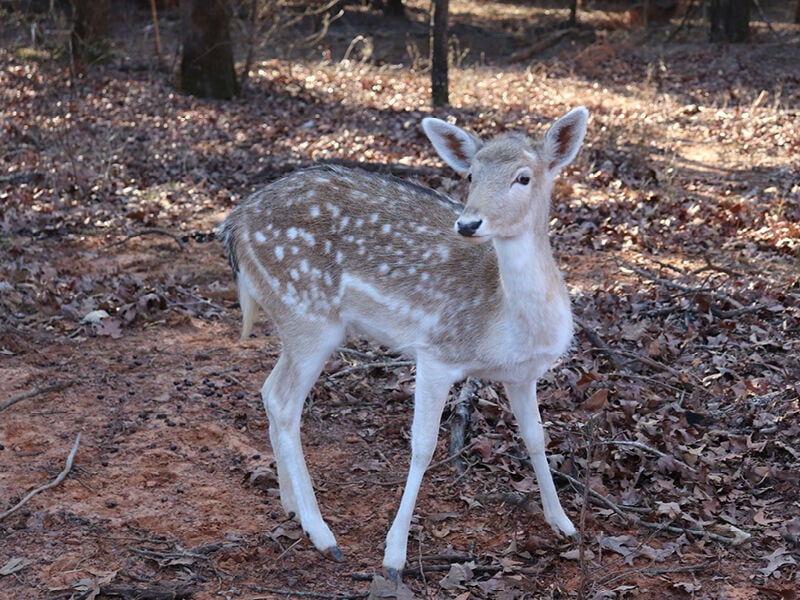 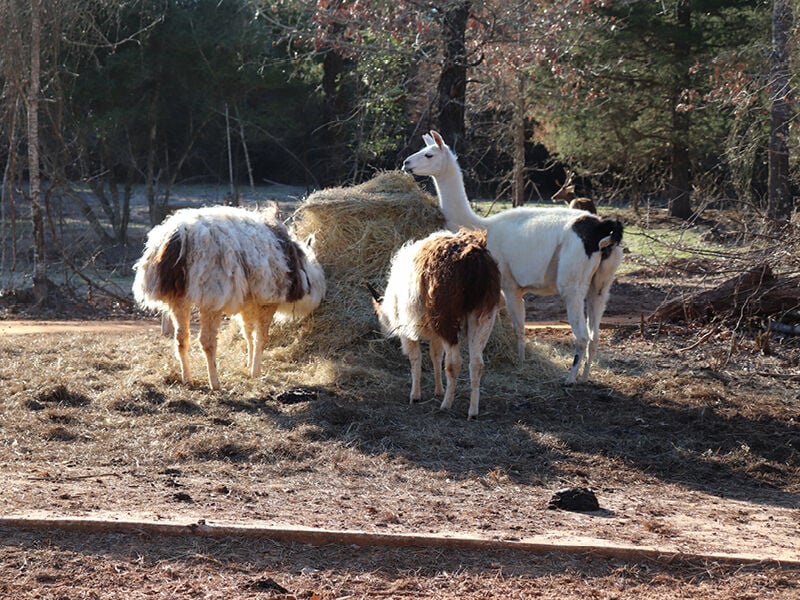 As the region’s newest exotic ranch, Rocky Ridge Drive-Thru Safari throws some twists and turns in the traditional concept.

The park’s winding roads through 200 acres of hilly wooded landscape offer a surprise at every turn with 25 species of large animals from around the world.

The park is home to 400 hooved and feathered beasts. Many are endangered in their native environments but are well-cared for in their new home by a respected veterinarian.

Zebras, gazelles, and aoudad from Africa, emus from Australia, bison and deer from North America, llamas from South America, a camel from the Middle East, and Transcaspian urial sheep from Afghanistan are just a few species at Rocky Ridge.

Co-owner Matt Ooten of Mabank says the zebras and bison are perhaps the friendliest animals, but they’re not the only ones.

“A lot of people that come to our park say our animals are extremely friendly,” Ooten says. “Maybe it’s because some of the safari parks are limiting the amount of food they hand out right now and we still offer people one bag of food with admission and they’re welcome to buy extra.”

Roads are made of dark orange iron ore harvested from the property. The rocky terrain and wooded areas give the park a more natural look. Trails winding 3.5 miles through the park provide surprises of different exotic species around almost every turn.

“Our property is very diverse. The terrain changes a lot,” Ooten says. “We kept the place more natural looking and there’s kind of a surprise after every bend.”

Roughly 1,500 visitors per month are arriving to take the 90-minute tour at Rocky Ridge  between Canton and Eustace.

“[Visitors] say our park is very unique and is definitely different from the other safari parks they’ve been to,” Ooten says. ”We try to have more of a natural setting where you don’t really see a lot of other cars in the park because it’s thick and wooded.”

The exotic ranch is the project of three business partners who wanted to build a new local attraction. Michael Davis of Eustace wanted to use the exotic deer he raises in a local attraction. He partnered with Shane Huff of Tyler and Ooten. They opened in November 2020 after just five months of bulldozing and building.

The first stop upon arrival is the safari station. Each guest receives a large bag of animal feed. Additional bags are available for $3 each. Visitors can toss food on the ground close to their vehicles to encourage animals to come closer but the park discourages feeding from the hand though some animals are so friendly they wouldn’t mind.

The park strictly enforces rules to ensure the safety of visitors and animals alike and to satisfy permits from the Texas Department of Agriculture. Details are available on the park’s website.

Rocky Ridge offers competitive rates — from $13.50 for children 3-12 and $17.50 for adults. Children younger than 2 get in free and seniors older than 65 pay $15.50 per person. Members of the military and first responders are eligible for a 10 percent discount.

The park is open year-round seven days a week but call ahead or check Facebook posts to ensure roads are not closed due to rains. From February to October the park is open 10 a.m. to 4 p.m. Monday through Saturday and 11 a.m. to 4 p.m. Sunday. Visitors can stay on the trail 90 minutes after the last car is admitted at 4 p.m.