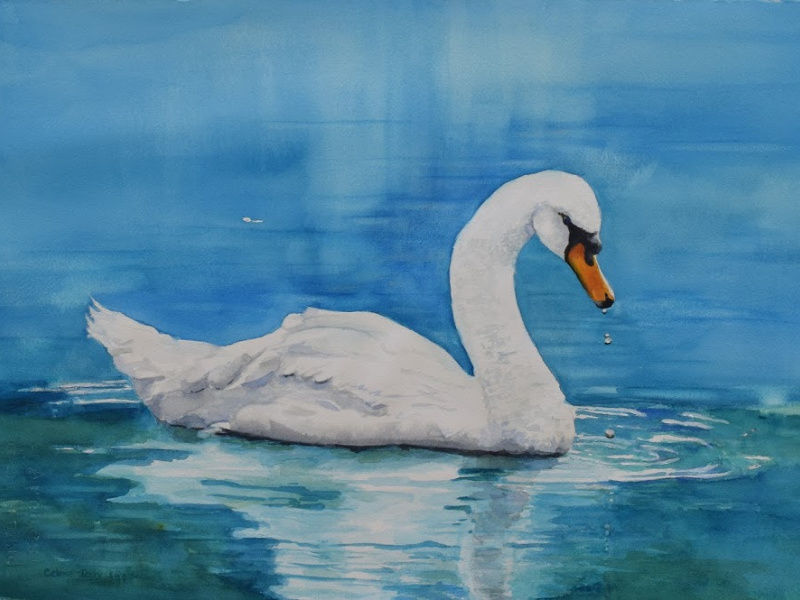 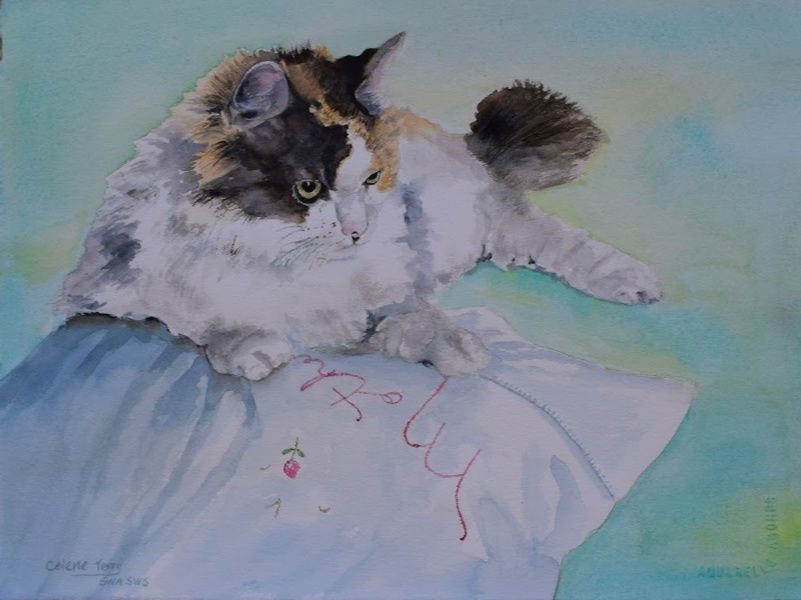 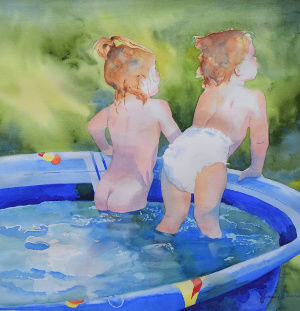 Celene Terry always dreamed of painting in watercolor. After retiring from a career in education, she seized the opportunity and developed advanced skills over the past 14 years while living near Cedar Creek Lake and participating in the Star Harbor Watercolor Society.

“It has been an adventurous journey, and I have learned to view the world around me with new eyes,” she said.

Terry has won regional and state awards for her paintings, which portray a variety of subjects, including children, animals, still lifes, vehicles, public spaces, and landscapes. The images feature vivid colors and contrasting lights and shadows. Soft lines and perspectives also convey her subjects’ personality and point of view.

“My artwork reflects what intrigues me – vibrant color, the story behind the subject, people and animal life, light and shadow, point of view – in a representational style,” she said.

Primarily a watercolorist, Terry also dabbles in pastels and acrylics. She studies with renowned watercolor artists and frequently wins top prizes in regional and statewide competitions, from the Henderson County Art Show to the State Fair of Texas.

Terry paints some works on commission, but mostly looks for inspiration in photographic images that challenge her artistic ability in transparent watercolor.

“Every time I paint, I learn something new,” she said.

“Interlude” features a swan that has just raised its head from the water, represented by drops falling from its beak. The challenge included painting the swan around the white of the paper (the color of the swan’s body), as well as depicting the reflection and the falling drops.

“Miss Gizmo” offered the challenge of representing the cat’s fluffy fur without having to show every piece. The painting has sentimental value because the friend’s cat was lounging on a pillowcase made by the friend’s mother when she was a girl.

Terry said her paintings are not photographically precise, but use impressionist techniques to portray a mood or personality.

“Pool Nymphs,” also based on a photo, shows two young girls bathing in a play pool. Terry wanted to portray the lighting across the scene, plus the flowing waves in the play pool.